November 9th: Getting along without giving up our principles 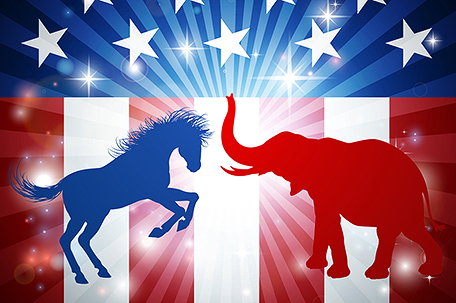 Depending on whether your presidential candidate wins or loses, November 9th may feel like a wedding or a funeral. Legions of workers will arrive at offices, some joyous at the prospect of a new beginning, while others mourn a deep loss– or worse– a sense of national injury.

Our collective responses on that date will signal to the world whether our Republic is strong, like an unbreakable glass, or fragile like a small child’s hopes.

As ordinary citizens, we will have the toughest job as we navigate the political collisions without the benefit of talking points or highly credentialed think tanks. The millions of chance encounters that will occur in businesses, cafes, and on airlines, buses and streets will either widen the divide or cement it.

When you arise that morning, take a deep breath and be glad that the election is over.

Then consider what role you intend to play. Will you be the competent cultural facilitator that allows others to explain their beliefs and ideas? Will you use a civil voice to express outrage? Will you model civility, or contribute to the dark word pollution that has created a fog so thick we can’t breathe or hear or have clarity of discourse?

To help us prepare, I’m offering a few word of advice:

• Come into work with a grin and fist bump all your friends.  Walk in understanding that no matter who wins and who loses, we have a long healing process ahead, and a profound sense of loss will be felt by millions. I might say, ”Now that the election is over, I hope we can try to understand one another’s ideas and work together. Help me to understand your beliefs. ”

• Make idle threats that shut down these chance encounters. If you start a conversation with, “I’m leaving this nation” or “it’s over” and the listener doesn’t have much room for inquiry. Why not express disappointment and frustration that your messages were overlooked, and ask to begin the conversation anew – minus the hyperbole and drama? Now, you have an audience of millions.

• Tally up winners and losers.  Once we brand an individual or a political party as a loser, on some level we also stop recognizing the vibrancy of their ideas. We need to take all the ideas and piece them together like a puzzle, in a calmer fashion than was possible before. This includes dialogs on the pros and cons of political correctness and the effects of unconscious bias, hatred and racism.

• Decide to be an active listener and a willing learner. Instead of complaining about how bad it was, let’s focus on the lessons learned:  Identify the big takeaways from the election of 2016. How do we use this knowledge to address complex issues like income inequality, corporate moral and public ethics, and the fading American dream?

• Focus the conversation on the issues where we have identified common ground: the lack of meaningful opportunities for the rural poor and the urban poor, income inequality, the sense of frustration with the political system, and the lack of civility and morality. These are fertile ground.

• Explain what we stand for, rather than discuss the individuals, parties and ideas we oppose. You can say you are against racism. Your audience will be wider if you explain you seek a nation where all children can excel. You can say you are against religious discrimination. Why not stand for personal freedom instead?   Instead of stating  opposition to corporate greed, we might favor a type of capitalism that promotes public good.

• As the fragile, difficult discussions begin make an effort to avoid words that serve as automatic triggers: “racist,” “bad hombres,” “deplorables,” “true patriot,” “aliens,” and “nasty women.” These conversations should promote discovery and innovative thinking, not serve as a means to win points or belittle the opponent.