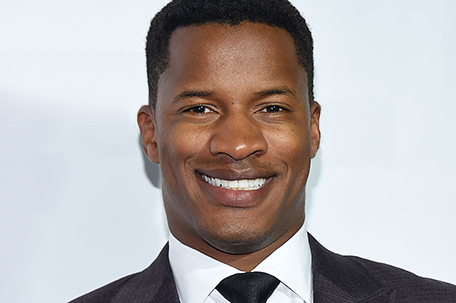 Robert Mitchum, Rip Torn, Nick Nolte, Hugh Grant, Roman Polanski, John Travolta, Charlie Sheen, Sean Penn, Nicholas Cage, Sean Connery, Rob Lowe, Kelsey Grammer, Tim Allen, Mark Wahlberg, Robert Downey, Jr., and of course everybody’s favorites– Woody Allen and Bill Cosby. They all have three things in common. They are rich, famous and Hollywood celebrity big shots. They all were either accused of, or convicted of sex related crimes or crimes. Hollywood and the film going public never turned its back on any of them. They are lionized for their films, acting roles, and hailed as influential art, entertainment, and even cultural standard bearers.

Now we come to Nate Parker. His 17- year old rape charge, trial and acquittal of him has been debated endlessly, with some even going so far as to slap the word “rapist” over promotional posters for his film, Birth of a Nation, and hinting at or outright calling for a boycott of his much acclaimed film based on Nat Turner’s slave rebellion set for an October release. The American Film Institute, however, did take action and postponed an August screening of the film until later in the year. And yes, the Parker controversy does– and should– force another hard look at the still much too lax legal treatment that rape and sexual violence gets. Even so, Fox Searchlight Pictures, the film’s backer, says the film is still a go, and legions have rallied to Parker’s defense. They should because: A. It’s an old case B. He faced the charges and was acquitted and C. the timing of the allegations being played up almost two decades after the case is suspect, given that it’s raised on the eve of the release of his much anticipated and welcomed biopic on Nat Turner.

The Parker flap raises another question. As is the case with all the Hollywood and historic artistic bad boys. That is, can the artist and their art be separated? It can and is.

Composer Richard Wagner was a raving, unabashed, anti-Semite, Hitler’s idol, notorious sexual philander, bigamist, and fugitive. Yet no one would dare suggest stop staging, conducting, playing or listening to his towering operatic works that defined and redefined the operatic genre, and are the universal standard in opera and classical music.

Ernest Hemingway was a world class boozer, womanizer, and sexual abuser. Yet no one would dare suggest that his works, which define the best in American literature, stop being read, filmed, and enjoyed by millions.

Then there’s Allen and Cosby. They are near universally reviled as sexual reprobates, and one has a heavy– duty criminal cloud hanging over him. Yet, no one would dare suggest that their films and albums should not be watched, listened to and patronized.

The Parker controversy also casts an ugly glare on the notorious celebrity double standard. The celebrities that have found themselves plopped on the legal hot seat have a huge advantage that the average Joe couldn’t even begin to dream of, and would likely face long prison terms for. It’s not just the ability of celebrities to cast their spell over a fawning public that gives them a colossal edge over the average working stiff when they are hauled into court. It’s also their deep pockets. They can afford to hire the top legal guns, crack private investigators, and publicists. This more than levels the legal playing field for them and enables them to go toe-to-toe with prosecutors. Prosecutors know that every legal move they make against celebrities will be intensely scrutinized and more often than not criticized, and second-guessed by the media and the public. More likely they will see them as victims of a vengeful and jealous legal system bent not on prosecuting their heroes for alleged crimes committed, but on persecuting them because of who they are.

This was not the case with Parker. He was hardly a known Hollywood or fan quantity when he was charged. He was a college guy then. But he’s moving in the film big leagues now and that will serve him well before, during and after Birth of a Nation hits the theaters. Whatever benefit he gets from the celebrity attention and treatment—good and bad— will be no different than other celebrities ripped for their bad behavior have gotten.