Money problems not just at Grambling 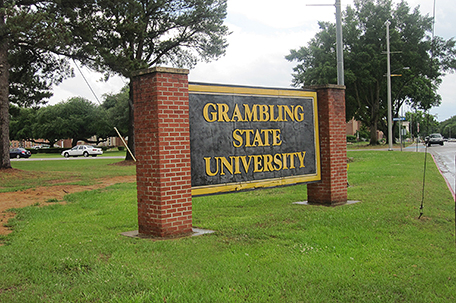 The strike of football players at legendary Grambling State University received attention across the world. GSU President Frank Pogue praised the players for providing the “creative tension” needed to bring attention to the plight of Grambling and historically black colleges and universities (HBCUs) in general.

The players were protesting poor practice facilities and dilapidated locker rooms, as well as the firing of their coach, Doug Williams, early in the season, but their protest exposed the broader reality facing Grambling and HBCUs: they face a brutal and increasing financial crisis. At Grambling, President Pogue reports, aid from the state of Louisiana has been cut by nearly 60 percent over the last six years.

The school has gone, as its Office of Finance and Administration reports, from a state “funded” institution to a state “assisted” institution — and the assistance isn’t nearly enough. Trying to operate on a budget lower than it was six years ago, Grambling has cut full-time employees by more than one-fourth over five years. The state cutbacks have forced increases in tuition and fees of about 60 percent over the last five years.

At the same time, the state has forced closure of summer school and raised admission requirements to make it harder to get into Grambling. Like most HBCUs, Grambling’s students come largely from lower-income families, and are often the first in their families to go to college.

They cobble together their tuition from financial aid, part-time work and parental loans. And to add to the misery, the Department of Education decided to tighten eligibility requirements for parental PLUS loans, denying applicants with even minor credit blemishes, such as overdue parking tickets or cellphone bills — exactly the kind of difficulties that low-income families often run into.

The inevitable result is that Grambling and other HBCUs are losing students — an estimated 28,000 were denied Parental PLUS loans over the past year — as more and more qualified students simply can’t afford to pay their way. This is a historic reversal. Historically black colleges and universities have provided real opportunity to underserved communities, particularly African Americans. These colleges were founded in the ashes of slavery with a mission — to take the rejected stones and turn them into cornerstones of a freed people. Education, it was assumed, was key to reconstruction.

Now, states are constricting access to college even as they expand entrance to private prisons and jails. They are moving from education and reconstruction to incarceration and separation. Instead of opening paths from poverty, they are locking more young people out by locking them up. This takes place despite the remarkable success of HBCUs. As Lezli Baskerville, president and CEO of the National Association for Equal Opportunity in Higher Education, reported in 2008, HCBUs confer 24 percent of all Ph.D’s awarded to African Americans.

He praises the football players for calling attention to the broader crisis facing Grambling State and other HBCUs, while redoubling his efforts to raise support from the school’s loyal alumni. But neither Pogue nor the alumni can carry this load alone. In many ways, historically black colleges and universities are the proverbial canaries in the mines of college education. What endangered them threatens public colleges across the land. State cutbacks are forcing higher and higher tuition and fees.

More and more students are priced out of the very education they need. We all have a stake in educating the next generation. But with Washington fixated on cutting spending back to levels not seen since the 1950s, and states facing continued budget squeezes, we are asking the young to bear the burden that should be widely shared. Perhaps the strike by the football team of a legendary program will begin to wake us up.

Rev. Jesse Jackson Sr. is president/CEO of the Rainbow/PUSH Coalition.