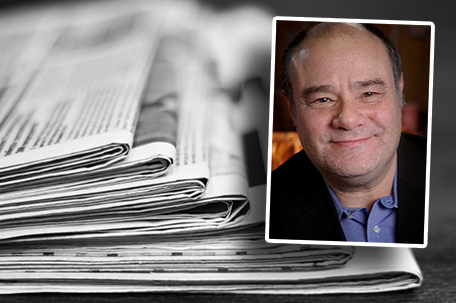 The April 29 Inquirer article by Craig McCoy and Jeremy Roebuck regarding sheriff’s sale ads essentially questions the value of community, ethnic and other specialty news organizations that serve groups traditionally underserved by the mainstream press, including the Inquirer itself.  The dismissal of minority community news by those already entitled is the reason many such outlets exist in the first place.

What the Inquirer should explain is that it has received tens of millions of dollars of sheriff’s sale advertising based on a 1976 discriminatory law.  This law actually guarantees dollars to flow to the Inquirer, which is designated as one of the “papers of general circulation,” while community papers must prove their worth to participate in these kinds of advertising programs.  Since the 1976 law the article refers to regarding sheriff sale ads, the Inquirer has raised its advertising rates, at a time when its circulation has declined. Many people, including the members of the Philadelphia Multicultural Newspaper Association, believe the Inquirer gets those sheriff sale ads as a no-bid contract.

On the contrary, based on comparisons of circulation, multicultural advertising is delivered at a lower cost for a higher return.  While the Inquirer questions the service we provide to a broad and diverse population — African-Americans, Asian Americans, Latino Americans, LGBT Americans and to neighborhood papers that are read by low income and seniors — it needs to ask itself why people are choosing to read the news in minority publications that more closely affect their lives while Inquirer and Daily News readership declines year after year. The Inquirer should look to its own worth rather than attacking ours.

The Inquirer did not make clear that from 2012 to 2017, since the expansion of multicultural advertising and other changes in the sheriff’s office, the collection of delinquent taxes and fees from the office rose from $27 million to $61 million. According to the Sheriff’s Office, $248.9 million has been contributed to the city tax rolls since 2013.    That money can be used for pre-K programs, police overtime, or other city needs. It’s also important to note that the expense for multicultural advertising is a fraction of that amount, meaning that the city reaps many times its investment in multicultural newspapers.  What other city department or public agency makes this kind of contribution?  Does the city’s pension program or Inquirer’s 401(k) program do as well?

And we in multicultural publishing are proud to take credit for the fact that wider listings in a variety of papers have helped to grow the number of people who attend the sheriff sales, get properties back to productive use, and put money into the city treasury.

The Philadelphia Multi-Cultural Newspapers Association represents publications in the African-American, Asian, Latino, and LGBT communities. Part of the reporting for the Inquirer story was clearly elitist. Why would one of the reporters, Craig McCoy, ask us why we need photos of social events or sports coverage in our newspapers?  Does he ask that question of the Inquirer?  No, and that is offensive and biased. Maybe the reporters and the editors at the Philadelphia Inquirer need their own kind of implicit bias sensitivity training like Starbucks is conducting.

We’re proud that the sheriff, along with many city and state departments, is finding the value of multicultural advertising in a city whose majority population is minorities. The city has learned that inclusion can bring not only profit to the treasury, but also communications to a wider diversity of Philadelphians.

Written by Mark Segal on behalf of the Philadelphia Multicultural Newspaper Association.