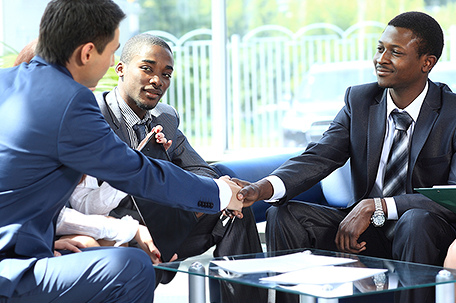 I’m not anti-White but we must be pro-Black if we’re to gain independence and move towards doing for ourselves.  The myth that Blacks thrive on handouts, something popular with Whites, is largely untrue. What we want is the opportunity to do for ourselves and if White America can just “get out the way” Black people can and will do just that. All we want, all we’ve ever wanted, was a level playing field and to be treated fairly so that we can excel in the same way other racial groups have, a concept that was in full display with Marcus Garvey.

I consider myself a “Garvey-ite” because Marcus Garvey was a master of this philosophy.  In early 1900s, Garvey was a leader of the largest Black movement in our history and his legacy has been treated as if it was a joke. How did he do it given the unbelievable opposition that he faced during that period? Garvey looked at the Black man, degraded, dehumanized and debased as Africa lay prostrate resulting from the slave trade and rampant European imperialism and colonialism, at the turn of the 20th Century and said “Black man, where are your men of big affairs?”  Looking around, he could not find any.

Garvey created organizations such as The Universal Negro Improvement Association, The African Communities League, The Black Cross Nurses, Black Madonna and Child, and The Black Star Line, and the Red, Black and Green flag.  Garvey insisted that we lay the foundation for Black men and women to strive toward advancement, achievement and progress. He coined the phrase “Black is Beautiful,” called Black people “a gifted race with a proud past and a great future,” and The Negro World published his message on a weekly basis.  He also had a daily newspaper called The Negro Times.

In an age of Booker T. Washington, W.E.B. DuBois and others, Garvey was looked upon as a “foreigner,” even though he is now considered a pillar in the foundation of Pan-Africanism.  Just as DuBois challenged Washington, he challenged Garvey.  In that era of “Jim Crowism,” lynchings, fear and intimidation of black people, the leaders fought with DuBois accusing Washington of serving the white man’s interests and  Garvey accusing DuBois of being a “Traitor to the race” and a “white Man’s Nigger.” The two men were harsh with each other and this is the kind of behavior that we must change going forward.

Black power can only be found in Black unity and Black unity can only be found in Black Race First thinking. Black Power is a political slogan and a name for various associated ideologies aimed at achieving self-determination for Black people.  It is also can be seen as Black pride and the creation of a Black political agenda to align, nurture, and promote Black interests and Black values.  Black Power expresses a range of political goals, from defense against racial oppression, to the establishment of social institutions and a self-sufficient economy.  Power is essential for all living things and Black people are no different – we have the same needs as all other people – we need power to achieve independence; we need power to secure the ability to do for self.

We’re at a crossroads in our history as Black people and we must chart a path for independence or we will suffer levels of dependence we’ve haven’t experienced since emancipation. It’s no longer what the White man is doing to us, it’s what we’re not doing for ourselves. Utilizing the tools within the American “toolbox” is our responsibility.

With the right plan and the right execution of that plan, success will only be achieved by the future generations of Black people but we can’t cut corners. We can see progress during our lifetime, but undoing nearly 500 years of oppression in one generation isn’t possible. It’s going to take a sustainable strategy and at the end of the day our leaders must take the risk to build the foundation for future change by beginning to aggregate our scarce resources to get traction on building an infrastructure to carry the load of establishing a working model on how to “do for self.”

Doing for self will require that we change our behavior and begin to think about our independence.  I believe that Black people are true champions and the descendants of greatness, but this generation must rise to the occasion.