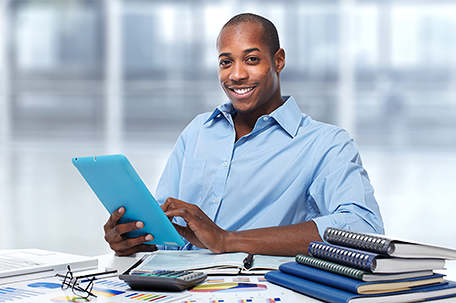 Our growth in this country will ultimately come down to how independent we become, and how much we work together to  feed, clothe and house and most importantly think for ourselves.

In order to do for ourselves, we must first think for ourselves.  We must free our minds and ultimately we will free ourselves. We must adopt a “Black Race First” philosophy, not as a slogan or a chant, but as a way of life.

In order for Black Americans to survive independently, we must change our behaviors of acceptance and hopelessness and become agents of change. We will never be able to achieve self-determination without a critical mass of Black people that have the belief that our race matters and we as a people are responsible for what happens to us. We must examine the things that keep us from moving forward from a mental perspective and realize that we’re operating under a philosophy of inferiority that keeps our minds paralyzed and keeps us from fulfilling our own destiny.

“Having had the wrong education as a start in his racial career, the Negro has become his own greatest enemy. Most of the trouble I have had in advancing the cause of the race has come from Negroes.” Booker T. Washington aptly described the tribulation of the Black race in one of his lectures by stating that we were like crabs in a barrel, none of us allowing the other to climb over and in fact pulling back that crab that made the attempt.

Brothers and Sisters we’re at a crossroads and we must decide whether or not the Black race is going to turn to itself and begin to compete. Our future and the future of our children depends on it. This means that we must break the cycle of disunity by any means and come back to the philosophical “center” where the majority of us reside.  The Black community must decide NOW if we are prepared to fight to be worthy- to be recognized as equal human beings.

The Black community must either fight for its survival or submit to White supremacy and Black inferiority by JUST GIVING UP.  The other day, my son and I while driving through the neighborhood started to count the number Black corner stores.  After nearly one hour of driving, we found not a single one. In fact, every store in these Black communities was Asian or Latino owned, something we found very demoralizing. I asked my son to share his thoughts and he said “it looks like the Black community has given up.”

My son was correct. What we saw was an absolute surrender of a people’s ability to do for themselves.  We must view each one of those stores as “silent” daily depositories of our most scarce economic resource.  Every day that we contribute to these depositories, we weaken our ability to defend ourselves economically. It’s going to take a group of us working under the banner of “Black Race” first, not a religious or political philosophy to organize ways to do what’s in the best interest of the Black race.

Given the massive guilt trip that has been placed on Black people, something that’s brainwashed us to believe that the oppression that we’ve experienced in this country is somehow our fault, some will get nervous when we begin thinking for ourselves. The fear of disapproval from Whites will cause them concerns and make them reconsider their participation.  Some will spin the “Black race first” narrative as anti-White, but nothing could be further from the truth. Do you think that the Asians and the Latinos that have invested in our community have the capacity to “think” for us?  Absolutely not. Do you think a retail store owned by Black people would survive in a neighborhood that’s majority Asian or Latino? You and I both know that it wouldn’t. The underlying “do for self” that both groups have would create an economic boycott of the Black store.

So why is this behavior appropriate for everyone but Black people? The answer lies in our historical position in this country and the external and internal perception that we and others have of Black people. The drive that my son and I had is commonplace throughout America and has been for nearly 50 years since the so-called victory of “integration,” so this isn’t an abstract debate. Since the so-called “victory” of integration, it seems that whatever economic gains we had achieved have been eclipsed. Black owned businesses of all types, including corner stores, were eliminated one-by-one. Our leadership needed to understand what was about to happen and mount a fierce fight to defend our community. This ferocious defense did not happen what we see today is a result.

[Part two of Message to the Black Man: We Must Do For Self in next issue of the SUN]

Was the man behind ‘The Lone Ranger’ mask a Black man?