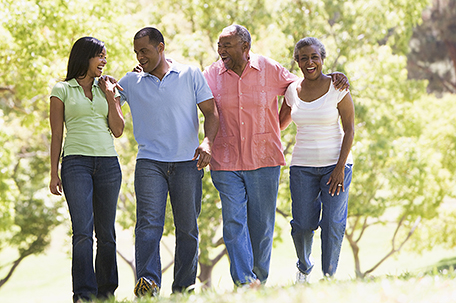 Along with more than 60-70 others, I have been working very hard to advance this movement that we call the Philadelphia Community of Leaders (PCOL).  We’ve been working in the trenches trying to build the foundation that we pray will be able to carry the weight of the heavy responsibility of doing the Black community’s business.  Foundation work is not pretty or exciting work and not many people want to do it. However, this work must be done if we are going to move past the rhetoric of wanting different outcomes for our community but not having a delivery mechanism and infrastructure to achieve them.

Over the past few months, I’ve attended a ton of meetings trying to get feedback and guidance from the many strong, Black leaders that have invested in PCOL, its mission, and it’s purpose, which is to save Philadelphia’s Black community.  Much of the feedback we’ve received is from people who say that we’re either moving too quickly or that we’re moving too slowly. I’m not sure what the right speed is because as we dive deeper and deeper into the problems we face, they’re so extreme and pronounced that they will require more attention than originally thought. Because there is no strategic infrastructure working solely on behalf of Philadelphia’s Black community, we must be successful.

But while we have no specific structure geared to just the Black community, what we do have is hundreds or maybe thousands of people that are trying to address our issues with the hope that their efforts will be successful because they haven’t yet figured out that we need them all to work as one. The best that we might be able to accomplish with this unorganized approach is possibly addressing some of the symptoms, but not the root causes of our issues. I liken this approach to that of a doctor who is  treating a person with terminal cancer with an aspirin because all  he sees is the patient’s fever. What makes matters worst is that we lack the institutional capacity and infrastructure needed to work collectively to address our issues. Unless we begin to change our behavior, we won’t be able to do this, which is absolutely essential if we are to fight back against institutional and structural racism, WE HAVE WORK TO DO!

As a community, we’ve experienced a tremendous amount of atrophy as a result of our movement being mothballed for nearly 50 years.  Our movement and collective organizational muscles are shot.  Yes, Black people have made significant individual gains, but very few collective ones.  Most, if not all of the issues we faced in the ‘60s still haunt our community.  Sure, some of us have assimilated and the White community has accepted some of us into their schools, workplaces, clubs, neighborhoods, places of worship, their cultural infrastructure, and into their families, but that’s not true for the majority of Black people.  The majority of Black people in Philadelphia are either poor or working poor.

The last major gains we’ve achieved as a ‘group’ were achieved during the 1960s with the passage of historic civil rights and voting rights legislation. These gains had the capacity to impact all Black people because they were the stepping stones needed to address the massive economic disparities originally created by the American institution of slavery.  Immediately after emancipation, Blacks owned less than one half of one percent (.05 percent) of the nation’s wealth. Today,  the nation’s wealth is valued at more than $110 trillion and the percentage owned by Blacks remains the same. Look around my brothers and sisters and ask yourself, who owns this, or that?  Since Philadelphia International Records sold its buildings downtown, there is a lack of Black-owned buildings or real estate of value in of Center City.  The legislation passed during the Civil Rights Movement–legislation that included the landmark Brown v Board of Education decision from the Supreme Court, was supposed to allow future generations of Black people to better compete.

But let’s be clear. This was a start and was not the ultimate end game like so many of us believed. At a minimum, there should’ve been landmark legislation every decade thereafter.  Our gains must be exponential if we have a shot.

Because of our shortsightedness and inexperience, we slowly dismantled the movement.  The War on Poverty, Affirmative Action, public housing, and other public policies emerged that were aligned in our favor.  In hindsight, we dropped the ball and let America off the hook.  Imagine if we were able to match the gains of the ‘60s every decade? We would be much further along.  Instead, almost all of the gains that were made have become so weakened that they’re nearly non-existent today. For example, when the term minority was originally coined, it was directly referring to Black people.  Today, minority means everything but White men. In fact, the mere idea of reparations for slavery has been removed from public discourse, and laws have been enacted to oppose any efforts to fix the damage done by nearly 400 years of chattel slavery.

PCOL is restarting our movement and given the state of affairs in our community, we really need strategic leadership NOW.  This is a tall order because the Black community suffers from an extremely high level of hopelessness. There is a general belief that nothing can be done and this belief manifests itself in so many ways, especially by many of those who are suppose to be leading the way.

Some estimate that thre are nearly a million non-profits nationwide and Philadelphia has its share.  However, the needle isn’t moving, and in fact, the lack of collaboration is making things worse. This is the worst form of organizational tribalism and it creates a collective paralysis.  Far too many of us can recite what our community needs, but we only talk about our issues in the context of what needs to be done. We have forums, workshops, and symposiums that focus on the problem and spend little time focusing on developing real and achievable solutions.  Even when we do come up with solutions, our infantile structure makes them impractical. Far too many of the solutions we come up with are for more seasoned organizations because they represent such a high degree of difficulty to implement.

If we are going to grow to become organizationally strong enough to defend the Black community, we are going to have to do it one step at a time and be patient enough to grow group capacity, something that we act as if we can skip. I believe that the main reason we stay in the ‘start’ mode is because many of us have drank the Kool-Aid of Black inferiority and White supremacy.  I know many people disagree with this, but tell me why we’re unable to mount a sustained campaign?  With a lack of knowledge of our history and the massive bombardment of negative stereotypes in the media, language, religion, and in other aspects of the culture, even the best of us are impacted by some level of Black inferiority.  This is why we must recommit ourselves to learn more about our history before and during the enslavement of our people. Knowledge is power!

It’s true that in only one short year of existence, PCOL hasn’t mobilized tens of thousands of people, shut down City Hall or Broad Street, initiated a massive boycott or protest, put anyone out of business, or publically punished and bloodied the nose of one of our many enemies. We also have not become the center of the private sector power center that has the ability to reward its friends and punish its enemies.  Some of our critics have said that because we haven’t done any of these things, we haven’t done anything and this effort is a waste of their time.  This is unrealistic thinking and I, like many of you, reject this logic outright. However, I do understand the pain and disappointment that many of our people feel.

Just like a weightlifter, we as a community must go to the gym every day to build the muscles we need to pick up more responsibilities.  Failure to do this is like saying you want to be a doctor without first being a high school graduate. We must take one step at a time.  If we are to grow to do any of these things, we will have to earn it and PCOL has made the first of many steps. PCOL has been working hard to build the foundation of this movement.

At the time of the signing of the Declaration of Independence, Benjamin Franklin said “We must hang together or else we most assuredly will hang separately.” He meant that his fellow colonists had to help each other and support each other or they were doomed. This is similar to the current state of the Black community.

Which type of hanging do you prefer?  Do we hang together and try to do something or do we allow hopelessness to prevail? On behalf of the future generations of Black children that will be born into a system that gives them little or not chance at an even playing field, I hope that we can hang together. Whatever excuse that we hold for not hanging together is just that.  The work we have to do to organize ourselves is not an easy task. We not only have to organize, but we also need to build the capacity to be effective and ultimately successful.  We must show the rigor, tenacity and grit as a group needed to fight through whatever obstacles that confront us and will ourselves to victory.  Brothers and sisters, the outcomes that we see in our minds won’t happen unless we are willing to work and sacrifice for them. We must earn our independence because no one is going to give it to us.

While I most definitely don’t know everything, one thing I do know is that the problems we face will never be resolved by anyone else. The problems may be colossal, but we have greatness running through our veins and thus have the capacity to rise up to the challenges of today just like our great and glorious ancestors did in their time.

So, I, and many others maintain the hope that we can come to this reality no matter where on the spectrum you land. I wake up every day, along with so many of you, hoping this is the day that we meet and come together, and that this  working together will yield a better outcome for our community. We have no other options.

PCOL has started to lay the foundation to begin to tackle the problems in our community. But I must caution you from being too elated or excited. The success will only come when we’ve earned it, which means that we must break down the walls of separation and tribalism.

Majority of global Muslims wish for peace, well-being and family over wealth and success for EID, Western Union study finds