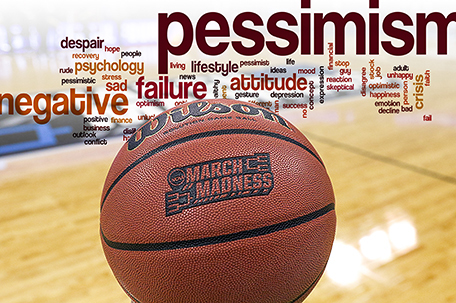 A game plan for moving on the haters

Donald Trump’s vision for a say and do what you will America makes it more difficult to talk to youth about bad behavior. After all, is it fair to punish them for copying the behavior of the politicians they see on television?

In Boston, Newton North High School fans recently accused Catholic Memorial fans of chanting “You killed Jesus” during a high school playoff basketball game which, understandably, alarmed Jewish fans. Catholic Memorial supporters say that chant came in response to Newton’s fans anti-gay comments about the all-male high school. Meanwhile, the Philadelphia Inquirer reported a recent game between Plymouth Whitemarsh-Gratz game was marred by ugly comments, including those made by a man who shouted that players should break the legs of an opposing player or cripple him.

Clearly, a politically incorrect America clearly comes with consequences, one that requires the good and fair American people to leave the safety of the stands, where they are spectators, and get into the game.

Now that the hate is being reported matter-of-factly, seeping into our social fabric like a slithering snake, the question is this: How do we take aim at it, as we would any threat to national security?

All this yelling and screaming is simply an indicator that we are in need of a serious skill upgrade. While new technologies have given us so many new ways to talk, it seems many of us have forgotten the basics. We don’t know how to handle conflict or how to hold a civil conversation.

Every championship sports team has to practice and go through mundane drills to hone skills.  Players memorize the playbook, practice footwork, and undertake exercises to sharpen offensive and defensive maneuvers. Team America needs to do the same thing high school football teams across this nation are doing: getting back to the basics.

Below are five techniques to help you thrive in these trying times.

Play No. 1: Listen up. This is a basic drill in life yet many of us are out of practice. Communication connects the offense and defense, and the players to the coaches. We all need to take a turn listening. I don’t mean waiting patiently for the other side to stop talking. Listening requires the intent to understand why we differ and the ability to manage and control our cultural filters. I’ll tell you how in upcoming columns.

Play No. 2: Watch our tone and our language. My dog scooted out the door recently as I was picking up the morning newspaper. I used my angry voice in an effort to get her to come back, and she turned her head in a way that said, “I don’t think so.”  So I switched to my sweet, understanding, voice.  She turned around and trotted back home. Humans understand that tone is important to their dogs but often forget it also matters to their people. Figure out what to say and then invest time finding the words that will allow others to hear your intended message. . Remember, the manner in which we express ourselves can reveal our cultural biases and let people know when we lack the skills to get along well with others.

Play No. 3: When old plays have stopped working, it does little good to blame opponents for failures. Far better to surprise them with new trick plays.  Be bold and brave. Players on all sides will find it easier to stay focused. For example, start a listening circle in your school or neighborhood. Organize a diverse group and practice listening to each other. Pledge to go on line each day to post a comment on a public site that is respectful and thoughtful. Right now, angry people are controlling many on-line dialogs and attracting a huge following because much of Middle America is silent. Wishing this will stop, and that the tides of unrest will roll out again, is a dangerous strategy.

Play No. 4: Goal line stance for truth. While good sportsmanship is important, championship players must be willing to take hits for the team. Public gathering places and airwaves are being poisoned with lies, hate and misinformation. Pollution doesn’t just go away; the toxins must be cleaned up and sanitized. Challenge anonymous on-line writers and talk show hosts to cite sources and offer science-based data. Hold them accountable for providing evidence-based information. Ask, “Where did you get your information from? Who is your source?” When somebody says to us that President Obama was not born in the United Sates, we might ask, “Where did you get your information from? I must validate your expertise before I accept your information.” When people know they will be called out, they are more likely to research their facts. Call anyone a liar and you’re off the team.

Play No. 5: Be patient. Even the most celebrated teams will experience peaks and valleys.  Players must have faith in each other and believe that tough times won’t last forever. Freedom does not require conformity; rather, it requires the skills to disagree in productive ways and the faith that, in the end, it will turn out all right.