Ledell Lee and the long struggle for “just mercy” 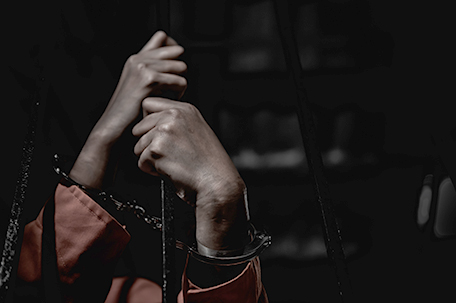 By Lauri Umansky for The Jonesboro Sun

As moviegoers emerge from the film “Just Mercy” shaken by its depiction of capital punishment and inspired by attorney Bryan Stevenson’s heroism, we should recall Nelson Mandela’s words upon his release from 27 years of unjust imprisonment: “I have discovered the secret that after climbing a great hill, one only finds that there are many more hills to climb.”

Lee’s case drew national attention in 2017 as one of eight executions Arkansas sought to carry out hastily, before the drugs used for lethal injection expired. Arkansas succeeded in killing only four of the condemned men, Ledell Lee first among them.

Had the DNA testing he requested not been denied in the State’s rush to push its drugs, Lee might very well have been found innocent during his lifetime.

The 1993 bludgeoning death of Debra Reese, a 26-year-old White woman, in Jacksonville, Arkansas got sparse investigation. Within hours, Lee, a 28-year-old Black man, was picked up walking in his own neighborhood, and charged with the crime.

The ensuing trials included such egregious errors as an alleged judge/prosecutor love affair, racist references to the defendant as a “predator,” flawed eyewitness testimony based on shoddy cross-race identification protocol, failure of counsel to introduce an alibi defense, and a drunk appellate attorney.  The jury never heard evidence of Lee’s intellectual disability. The almost all-White jury took three hours to convict him of first-degree murder, and another three to condemn him to death. Later, the courts rejected Lee’s request for DNA testing of hair and blood evidence. He maintained his innocence throughout.

Now, with ACLU and Innocence Project backing, Lee’s surviving family members have filed a lawsuit requesting the DNA testing denied just prior to the execution, plus more sophisticated testing of other evidence. The City of Jacksonville won’t release the physical evidence without a court order.

Posthumous DNA exoneration of Lee would constitute an important step in the fight against capital punishment in the U.S. To date, and understandably, the resources of death penalty opponents flood toward last-minute efforts to save innocent lives.  One hundred sixty-seven innocent people have been exonerated from death row since 1973, with DNA evidence used in 21 of those cases, according to the Death Penalty Information Center.

The activists who secured these victories know that time and resources stretch thin in the exoneration business; they act under the desperate constraints of impending doom. With definitive, “scientific” proof that haste cost an innocent man his life, activists will be able to push back a bit harder against the executioners, who like to brag that no innocents have been executed. It is too late for Ledell Lee, but maybe someone else can be spared. If this victory comes to pass, we should rejoice.

As Mandela said, hills abound. As Stevenson says in Just Mercy, the fight continues. We face many hills, and more importantly, we must keep sight of the vast mountain range into which these hills coalesce.

Every innocent person exonerated from death row or general incarceration (during or after their natural lifetime), every person piped into prison through the pervasively broken, deeply racist machinery of America’s schools, streets, and courts, where they learn that their lives don’t matter, every mentally ill person languishing in prison in lieu of appropriate psychiatric care, every veteran suffering PTSD on a cell block, every addict imprisoned instead of rehabilitated, indeed every single person in prison  in this country, “guilty” or not, deserves “just mercy.”

So stand on the hilltops and shout praises for the victories.

Then look around this mountain range we call the USA. The world’s wealthiest, most powerful nation also has the world’s highest incarceration rate, a prison population disproportionately comprised of people of color, a prison population made up of poor people, many sentenced under draconian, discriminatory laws and procedures, warehoused in capriciously regulated prisons, often for-profit, where violations of civil and human rights mount, where little pretense of rehabilitation exists, and post-release – should that day come – disenfranchisement often awaits.

The USA remains the only “developed” nation to deny its citizens universal health care, to preserve life, yet seems to cherish its right to kill those citizens unfortunate enough to receive from the reeking system a sentence of death.

If it turns out that Arkansas executed an innocent man in Ledell Lee to beat an arbitrary drug expiration date, and if proving that helps to save a single soul, innocent or not, from premeditated murder by the State, I’ll be on that hill rejoicing.

Then, as Mandela said of the struggle, “I dare not linger, for my long walk is not ended.”

Lauri Umansky is a professor of history and director of the Heritage Studies Ph.D. Program at Arkansas State University.

Justice Weekend activities planned around the release of ‘Just Mercy’

Can attorneys through DNA evidence save this Missouri man from execution in less than 24 hours?