The Cultural Coach: Lead by example: Sometimes it hurts, but it is the right thing to do 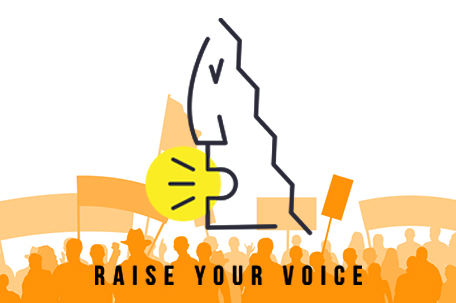 When I first adopted my dog, Gabby, she chewed my shoes, viciously attacked my walls, and growled loudly at me and passersby. Exasperated, I took her to doggie training school, where the instructor surprised me by telling me, “You are the problem, not the dog. You need to learn how to lead.”

With his guidance and a lot of treats, I developed new doggie competencies. I learned how to speak to her (short sentences, no adverbs or adjectives, please); took every opportunity to understand her needs; and set clear boundaries.

A year later, when Gabby and I came under attack by three aggressive dogs who escaped their backyard, the investment in mutual understanding paid off. Dog and human were in sync. Gabby sat still, and that reminded me to stay calm and not to scream. Then, I used my deep doggie command voice: “Go away,” I ordered the pack. I used my finger to point them in another direction, and off they went.

I’ll never forget the way Gabby looked at me; she has followed my commands, and in my footsteps, ever since.

Here’s the moral of this tale: We don’t often think about the need for cultural competency until that moment we realize we are in grave danger. If we have waited until then to think about communication strategies, we won’t have many good options. Education and communication needs to occur long before trouble taps us on the shoulder.

My friends in Portland, Oregon — I know you are grieving, as we all are. Three good Samaritans came to the defense of a Muslim woman who was being taunted by a passenger on a train. Two of these freedom fighters — Taliesin Myrddin Namkai Meche, a recent college graduate and Ricky John Best, a veteran and devoted husband and father — were stabbed to death. Micah Fletcher also was injured, and he is still recovering from his wounds.

The people of Portland are in shock. However, the solution being proposed by Portland Mayor Ted Wheeler is misguided, though understandable. He has asked the federal government to revoke a permit authorizing an upcoming “Trump Free Speech Rally” and a March Against Sharia.

“Our city is in mourning, our community’s anger is real, and the timing and subject of these events can only exacerbate an already difficult situation, “ Wheeler wrote in a Facebook postt.

Suppression of free speech is not the answer. That response is a bit like my putting a muzzle on Gabby, rather than investing hours in  dog-human communications. It addresses symptoms, though not the broader problem.

Now more than ever, Portland needs to foster an active learning community, by figuring out how to speak directly to haters, how to listen in a way that defuses anger and how to set clear boundaries and expectations.

Limiting free speech will only make matters worse by deepening the sense of aggrievement, and widening the political divisions.

Portland, come together to discuss what you stand for, and whether your values are clearly reflected in daily actions, and by its colleges and universities and its schools.  Set up community listening circles with trained facilitators in order to better understand the deep anger within this nation, and train communicators to serve as allies and upstanders when uncomfortable situations occur.

Honor your warriors for freedom — three men who stepped forth to help a stranger – by changing life for the better, for everyone in your city, not just for a particular religion, race or group.

The Cultural Coach: How to Help A Bigot Who Won’t Shut Up