The Cultural Coach: Just do the right thing 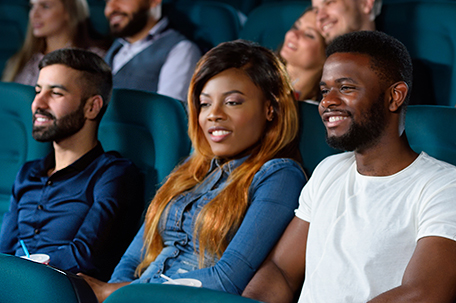 Dear Cultural Coach: Recently, I met a guy on an online dating service who is smart, funny, caring and supportive. After we had gotten together a few times, my alarm bells started to ring. Many gay and bisexual African-American men hide their sexual orientation because of anti-gay sentiment. They take wives and court girlfriends to mask their secrets. How do I ask my friend if he is gay?

Dear Afraid: I had a handsome and suave friend who dated me because he did not want his business associates to know he was gay. Eventually I discovered his secret, and it took me awhile to forgive him. The fact that he was gay mattered less to me than the fact he had lied and taken away my right to make my own decisions. If he had been honest, I would have been happy to help.

Some think if we belong to a cultural group, nation or religion that faces discrimination or has been treated unjustly, we are relieved of personal responsibility if –- as a result of that discrimination — we do harm to others.

Terrorists who kill innocent civilians hide behind this belief. The mantra is, “I must kill you today or you may hurt me tomorrow.” Gay and bisexual men who withhold their true sexual orientation, and give unsuspecting wives or girlfriends HIV, buy into this mindset: “If people did not discriminate against me, then I would not have to lie to you.”

(Before I go any further, I should note plenty of heterosexuals deceive wives about their girlfriends. They, too, lament, “If only my wife treated me better, I would not have to play around on her.” It’s an all too familiar refrain.)

The question before us, really, is how do we empower each other to do the right  thing? This is not a gay problem, or a Black problem, but a human problem. Each and every one of us will need to make an effort to change.

Step One is to put an end to bigotry, hatred and injustice. Anyone who discriminates or benefits from the effects of racism or sexism shares responsibility. Too many good people attack the victims rather than analyze their own faults. Some think, “Minorities and women need to forget what happened to them, and move on.” As they are being righteous, they simultaneously reap rewards that come to them as a direct result of these past injustices. Sorry to say, you are part of the problem.

Step Two is to learn to hold difficult dialogues. We must give our friends and families the right to be true to themselves, and we must answer questions about ourselves truthfully so potential mates and friends can make the best possible choices.

For Step Three, those of us who feel unjustly treated (and all of us do at some point) must use our talents and intellect to empower ourselves and assert our rights, rather than assert, “The best way to overcome injustice is to become unjust.”

And finally, Step Four, each of us must exercise our right to enter into healthy, loving relationships. This is the first step to having a successful, prosperous year in 2017. Happy New Year!

The Cultural Coach: Have some free speech for the holidays!