Jury way out on a federal prosecution of Darren Wilson 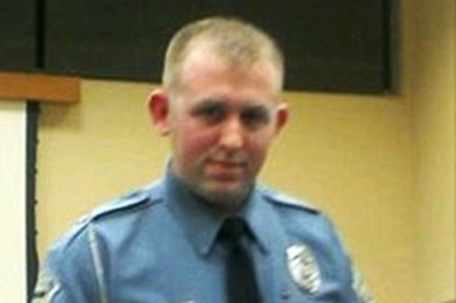 The moment that Ferguson, Missouri police officer Darren Wilson gunned down Michael Brown, the cry went up for a federal investigation and prosecution of Wilson on civil rights charges. Brown’s family, attorney and many civil rights leaders had absolutely no confidence that Wilson would ever be arrested, charged or indicted.

A non-indictment tosses the ball back to the Justice Department. U.S. Attorney General Eric Holder certainly has had a firm and visible handprint all over the Brown killing case. He quickly flooded Ferguson with teams of federal investigators in the aftermath of the killing, ordered an autopsy of Brown and made several high-profile appearances in Ferguson and St. Louis. He’s also filed civil rights charges against nearly 400 cops during his tenure. That number far exceeds the number filed during the George W. Bush years. Holder certainly could make the case that Wilson abused his power in killing Brown under the color of law, and that this violated several key civil rights statutes. This is the linchpin of federal prosecutions of local police officers. This was the rationale that federal prosecutors used in the Rodney King beating case to bring civil rights charges against the four LAPD officers who beat King. The crucial legal point was that they acted in an official capacity when they violated King’s rights. But that’s still a high bar to prove.

And the Justice Department time and again has made it clear that they are only a “backstop” to local prosecutors. This means that they rigidly adhere to the legal doctrine of separation of federal and state powers. The killing of Brown, as all potential criminal cases, was first and last a state matter, and the feds scrupulously defer to local authorities to bring charges. If state or county prosecutors won’t bring charges or bungle the prosecution when they do, the Justice Department does not regard it as its responsibility to override the decision of local authorities not to retry or second guess a defendant’s acquittal. There are two ironclad requisites for a federal prosecution of a police officer for the criminal use of deadly force. One is that there has to be solid proof that the officer acted either with racial animus or with reckless intent to cause malice to an individual. There appears to be no evidence that either was the case with Wilson.

The other requisite is there has to be a compelling interest. That’s vague, loosely defined and solely a judgment call by a federal prosecutor. The prosecutor must obtain prior approval from the assistant attorney general before bringing the prosecution. The few times that the Justice Department has prosecuted cops or racist vigilantes on civil rights charges after they’ve been acquitted in state courts, it came after either massive and sustained protests or, in the case of the cops who beat King, massive civil unrest following their acquittal in state courts.

The ultimate bar to a successful prosecution is the universal defense that all police officers give to justify a killing no matter how outrageous. It’s called the “I feared for my life” defense. This defense is universally invoked and accepted by prosecutors to reject any call for a prosecution. Missouri law has gone even further and virtually codified that defense for a dubious shooting of a suspect into law. The statute states that an officer can use deadly force in cases when “[h]e or she reasonably believes that such deadly force is necessary to protect himself,” “[w]hen he reasonably believes that such use of deadly force is immediately necessary to effect the arrest” and when the subject “[m]ay otherwise endanger life or inflict serious physical injury unless arrested without delay.”

The official autopsy report that Wilson sympathizers in the St. Louis County coroner’s office made sure was plastered all over the media appeared to give just enough credence to Wilson’s contention that he was in a struggle for his life and had no choice but to shoot Brown even the multiple times that he did.

Holder will have the final say on a federal prosecution. But that further compounds the problem. Since he will soon depart the post, and with a GOP-controlled Congress, the public and political pressure will be even more intense for the department not to pursue charges.

Brown’s family, their attorneys and civil rights leaders face the bitter reality that if Wilson walks, the feds may well not second guess the state and prosecute. The jury remains way out on that heartbreaking possibility.

Earl Ofari Hutchinson is an author and political analyst. He is a frequent MSNBC contributor. He is an associate editor of New America Media. He is a weekly co-host of Keepin’ It Real With Al Sharpton, Rev. Al Sharpton’s radio show. He is the host of the weekly Hutchinson Report on KTYM 1460 AM Radio Los Angeles and KPFK Radio and the Pacifica Network.