Jay-Z did not sell out — he bought in 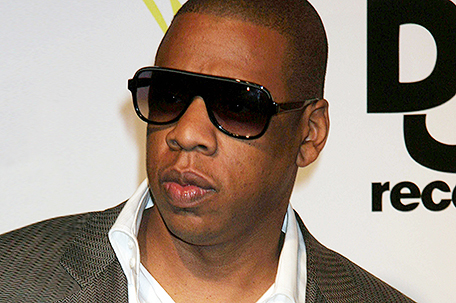 “Power without love is reckless and abusive, and love without power is sentimental and anemic. Power at its best is love implementing the demands of justice, and justice at its best is power correcting everything that stands against love.”

In the wake of former NFL quarterback Colin Kaepernick’s protest against police brutality and extrajudicial murder, Jay-Z’s Roc Nation has struck a deal to lead the NFL’s endeavors into music and entertainment. This deal has caused a lot of consternation within the African American community. The issue now being raised centers around Jay-Z being a “sellout.”

What must be clearly understood is that Jay-Z is a capitalist. He did what capitalists do — he bought in.

Before he was Jay-Z, he was Shawn Carter. He grew up in the Marcy Projects in Brooklyn, NY and was a drug dealer in his youth. By his own admission, his drug-dealing days prepared him for his current life as a sports entrepreneur and music mogul.

“I know about budgets,” he said. “I was a drug dealer. To be in a drug deal you need to know what you can spend.”

To Carter, drugs were just a widget or commodity whose sale presented no moral dilemma or conflict. Selling drugs was a means to an end. It’s the urban Horatio Alger story from as he said, “grams to Grammys.” Carter sold out his community for his personal gain by selling drugs to his own people. Jay-Z, the capitalists, has once again increased his personal fortune by buying into an institution that has also shown little regard for the fate of Black people.

When asked where we are in the protest process and the significance of kneeling, Jay-Z gave a very Trumpian response. ‘’I think we’ve moved past kneeling and I think it’s time to go into actionable items.”, he said. No, I don’t want people to stop protesting at all.” Kneeling — I know we’re stuck on it, because it’s a real thing — but kneeling is a form of protest. I support protest across the board. But now that we all know what’s going on, what are we going to do? How are we going to stop it? Because the kneeling was not about a job, it was about injustice.’’

Translation? Jay-Z supported Kaepernick in the moment because it was the thing to do. Now there is an opportunity to get paid and as a capitalist, I’m about that paper.

In addition to helping the NFL with entertainment, Jay-Z will also consult with the NFL on matters of social injustice. Speaking of injustice, this opportunity for Jay-Z to work with the NFL only became possible after Kaepernick sacrificed his NFL career to protest against the real injustice of state sanctioned murder by the police. If Jay-Z were really down for the cause, wouldn’t he have stepped to the mic and told NFL Commissioner Roger Goodell that he will work with the NFL on the condition that “Kap” gets a fair shot at making an NFL roster? He could have used that moment and power to put real pressure on the league.

But it’s not really about Shawn Carter aka Jay-Z. He is a metaphor. In the current context, Jay-Z is a distraction from the real issue — the dangers of Black capitalism. In Manning Marable’s “How Capitalism Underdeveloped Black America,” Marable writes, “A decisive component of this underdevelopment process within the periphery is the nonwhite elite.” These elite play a very important role. They serve “as a necessary yet dependent buffer between those who wield power and those who have none. Within popular culture, it is the nonwhite mouthpiece of the new order, articulating in the media and in the various aesthetic forums the ideals of the masters.”

As referenced in the opening, Dr. King was clear, “Power without love is reckless and abusive. Power at its best is love implementing the demands of justice” Jay-Z is wealthy and in some circles, wields a certain degree of power. However, given the example set by Kap’s protest and sacrifice, what part of Jay-Z’s deal with the NFL shows the love for the community and the demand for justice? This deal seems to be power without love, reckless and abusive.

“We don’t need to kneel anymore. It’s time to get paid,” Carter said.

Frederick Douglas told us very clearly, “Find out just what any people will quietly submit to (or get paid to do) — and you have found out the exact measure of injustice and wrong which will be imposed upon them. The limits of tyrants are prescribed by the endurance of those whom they oppress. Power concedes nothing without a demand. It never did and it never will.”

By focusing on Jay-Z we are losing site of the fact that Colin Kaepernick used his platform to call attention of historic and systemic problem in America, state sanctioned brutality and murder by the police. The NFL, the government and the media used their power to corrupt the message and demonize Kaepernick, costing him his livelihood.

As was the case with Curt Flood, Muhammad Ali, Dr. John Carlos and others before him, Colin Kaepernick will eventually be remembered for taking a stand, or in this case, a knee for justice.

Jay-Z will be remembered for buying in — and by buying in, he sold out.

Dr. Wilmer Leon is the producer/ host of the nationally broadcast call-in talk radio program “Inside the Issues with Leon” on SiriusXM Satellite radio channel 126. Go to www.wilmerleon.com or email: [email protected] He can also be reached at: www.twitter.com/drwleon and www.facebook.com/drleomsprescription.