Is it wrong for White people to protect their heritage? 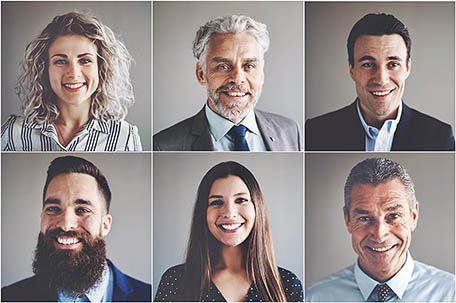 When immigrants keep their old customs and values, it changes our community. Their music is different, and there are shows in foreign languages on my TV. We are losing the home we once knew.  People are walking around speaking a language we can’t understand. Businesses post signs in languages we can’t read.  Statues that we cherish are under assault. Don’t we deserve to preserve our heritage?

Dear I want to be me:

Thank you for a question that pulls us outside of our comfort zones and challenges us. It is clear that you are frustrated, yet you made an effort to join the conversation. Thank you.

This question is normally discussed in living rooms rather than in newspapers, because when it is voiced publicly, the speaker often is yelled at or canceled, as the young folks say. It takes courage to step forward and ask the tough questions that often go unspoken.

Right now, I hear a few folks gasping in disbelief. Let me remind them that inclusiveness, which is our goal, requires that we listen respectfully to a wide range of views and learn to view issues from all angles.

I suspect most people would agree that White Americans have the right to cherish their family heritage and customs — even when mistakes are part of the legacy.  When we were not fighting a nasty little bug known as COVID-19, Philadelphia had St. Patrick’s Day parades, and we loved to saunter through the Italian market, and celebrate Cinco de Mayo, Oktoberfest, Chinese New Year and Kwanzaa. The responsibility for honoring and preserving one’s ancestry and customs rests with individuals and cultural communities.

In a multiethnic America, we don’t have to be a member of that community to participate and join in. Culture is a rare social currency that, when shared, still pays a generous rate of return.  This concept of cultural distinctiveness, however, makes it harder for us to maintain a sense of  “oneness,” which every cultural group seeks, yet defines differently.  For our democracy to function efficiently, it needs a common currency: common values, language, beliefs and principles. Each group must be willing to give up a little in order to support a shared future. This may mean learning to speak English or it may mean learning to tolerate spoken languages that we can’t understand. Each community must seek the right balance.

Isn’t it odd that, in 2020, we are wrangling with the same problems as the Founding Fathers when they struggled to balance states rights against the need for a federal government? It’s the same challenge put before a new, very restless generation.

Sooner rather than later, we need to decide how much each cultural community should be expected to adapt in order to forge a joint sturdy enough to keep distinct cultural communities connected and strong. Freedom comes with responsibility and demands sacrifice.

Before we start complaining that diversity is an unfair burden, consider this fact: We already have social adaptation skills that enable us to steer through stormy cultural transformations. Each new generation of teens alters the fabric of popular culture. As I grew up, I savored the soulful sounds out of Philadelphia. My favorite groups faded and were replaced by disco fever, rock music, bubble-gum music, rap and hip-hop. Life is a cultural mosaic. Each generation adds its own piece, and that changes the way everything appears.

America is, and always has been, a nation evolving before our eyes. Ethnic groups get a bad rap when they are accused by White supremacists of  “changing their country.”

To them I say: Your children always were going to change your music, your dance, and your family customs. They were always going to rebel against old historical narratives and question the status quo. Apologies to Walt Disney, but that’s the circle of life.

Most of us graciously accept that our cherished songs, sayings, and customs eventually will move away from the spotlight. That doesn’t mean that we ever have to forget. There are oldies stations, classic movie channels and museums.

When we work towards inclusion, no man, woman or child ever has to forget who they are or where they came from.  Respect your ancestry and heritage, but never impose it on other groups.

Linda S. Wallace is a freelance journalist and communication specialist who helps clients develop cross-cultural messages for the workplace and the media. Readers are invited to submit questions on work or personal problems related to race, ethnicity, sexual orientation or physical differences to: [email protected].

Africa Enchants Me – Celebrating Black heritage through opera and poems