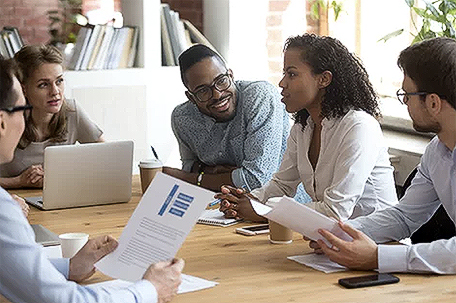 “What would America be, if we loved Black people, as much as we love Black culture?” — Amandla Stenberg

Philadelphia should become the national role model for the compromises and sacrifices necessary to achieve social and economic change in an African context. Closed door conversations about poverty, education, gun violence and equity without transformative outcomes undermine public confidence. Neither public silence nor incremental progress fill that vacuum.

Despite rape, one room schools, disrespected military service and segregation, Blacks have been guided by faith and an awareness of self-worth from slavery. Trillions of dollars stolen through free and underpaid labor and usurious interest rates warrant reparations and a redistribution of wealth.

In “A Time to Kill,” Matthew McConaughey — representing a Black man charged with murder — directed an all-white jury to close their eyes. He described how three white men raped the defendant’s 10-year-old daughter, urinated, and poured beer on her and threw her over a bridge. In his closing argument, he said: “Imagine she was white.”

Blacks, regardless of status, know the passion associated with losing when the competition is white. After being a freshman MVP, as a quarterback at Penn, I was not allowed to compete for QB as a sophomore.

Each morning I read the Bible, fret about my grandchildren’s future and wonder how the privileged monetize racism with the same ease as breathing air. Blacks are expected to be patient, despite unchanged demographics for a quarter century. Under the umbrella of incremental progress for every Black benefiting from affirmative action, philanthropy, government or corporate citizenship, there is a corresponding failure, where Blacks go to prison, quit school, become poor or are passed over, because life changing programs have exhausted funding. If the Constitution, federal, state, and local laws were enforced with honest intent, Black lives would mirror whites with respect to wealth, middle class, education. Equally important, unemployed, poor, incarcerated, victims of police violence, and affirmative action would experience cancel culture.

Transformative outcomes require visionary and courageous leaders and should not be delegated below the C-suite. Dr. Michael Useem says, “A leader’s role in a radically changing world is standing on the cliff edge, getting a grip on unfamiliar landscapes, and acquiring the skills for leading the team into new territory. In a world facing the unprecedented challenges of a global pandemic and economic disruption, every leader needs to find the edge for leaping across the breach and breaking new ground on the other side.”

Charlotte, North Carolina has become the leader using a public/private partnership funded and staffed to singularly achieve Black equity. The book “The New Localism” and Drexel’s Lindy Institute conclude that city futures require innovative public/private partnerships: St. Louis, Chicago, Memphis, Cincinnati and Pittsburgh. Pittsburgh has become a leader in electric cars, but the incumbent mayor lost reelection because of Black discontent. Each city has an articulated commitment to Black equity but prioritizes infrastructure dollars for other regional visions.

Paraphrasing Bruce Katz from Drexel, the federal government has over-indexed infrastructure spending on economic engines and under-indexed elements that would help neighborhood residents raise incomes and enterprises build assets. To quote Bruce, those equity contributors are “not likely to happen.” Philadelphia, reach beyond low hanging fruit; stop backslapping for first Black appointments without successors; close the talking point that zip codes should not define potential and deliver transformative outcomes. Let our Black equity reflect the vision of the late City Councilwoman Augusta Clark’s city of brotherly love and sisterly affection.

After George Floyd, diverse leaders convened with a North Star of making Philadelphia the most equitable city in America.

Business community candor is questioned when the Chamber and Minority Chambers argue business tax cuts lead to reduced poverty, improved public education and Black business growth. No precedents evidence a connection between Black equity and business tax cuts. Two years after George Floyd, no transformative initiatives have launched, despite explosive city-wide construction. To quote Yogi Berra, “If you don’t know where you are going, you might wind up someplace else.”

If we keep doing what we have been doing, we will keep falling short of transformative outcomes and racial tensions could explode. A public/private partnership with generational leaders developing a 10-year plan for Black equity would revive the North Star.

There are Black men and women, as individuals and families, who aspire to wealth. Others to move from poverty and near poverty to middle class home ownership, surrounded by good schools, safe neighborhoods and living wage jobs with or without college degrees. Every citizen is owed the space to realize her or his dream and potential. Students deserve safe and secure schools, adequate funding, great principals, and teachers. West Philadelphia has a new high school, but a low graduation rate. Masterman, nationally ranked, educates in a building protested by students and teachers. There is a projected half billion-dollar deficit by 2027, and the state Supreme Court is deciding an education funding formula case with huge implications. The district’s new leader must be innovative and an aggressive advocate.

Black businesses must build capacity and address deficiencies, but until procurement protocols are moderated and enforced, nothing from nothing leaves nothing. CEOs must hold prime contractors to higher percentages of Black inclusion.

Why are Black businesses single digit percentage participants in public and private contracting? Simple, they compete against protected class businesses for the 30-35% of contracts available, taking 70-75% off the table; white women dominate protected class dollars; and because many initiatives focus on small businesses, larger Black businesses compete on a slippery slope. Prime contractors prioritize white women, preferred subcontractors and have no incentive to grow Black competitors. The best vehicle to create representative participation is profitable and substantive subcontracts on public and private contracts competed annually in addition to infrastructure. There are wealthy subcontractors with no aspiration to be primes.

Difficulty finding Black talent is humorous. HBCUs including Cheyney, Lincoln and Delaware State, have graduated talent for a century. Increasing numbers have graduated from local majority institutions and regional community colleges since the 1970s. White boards, c-suites, workforces and wealth, still the norm, are not a coincidence.

Current inertia must be reversed, or the next generation will fight a war we vowed to win. As Bill Gray taught me, the legacy of our generation of leaders, not individual legacies, will define our historical relevance. Fortunately, the clock has not run out, but let’s stop patting ourselves on the back for incremental progress. Incremental progress is like a man with a temperature of 104. If it drops to 102, he’s better. But if the question is, has the progress been commensurate with the need? The answer is NO.

“Being White in Philly” and Charlottesville have come and gone, with no change. The pandemic and George Floyd have brought the boats back to shore, waiting for cargo. What’s next?

Leaders of leaders must step forward and stand against the wind.