What is the impact of the exodus of Black teachers? 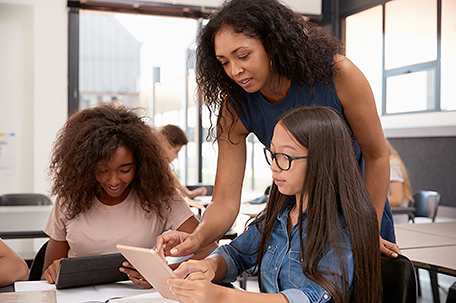 Over the last 70 years, the number of Black teachers in America’s schools has dramatically decreased. Bringing awareness to that trend is now a top priority for Valerie Hill-Jackson, clinical professor of critical teacher education in the Texas A&M College of Education and Human Development.

During the first 11 years of desegregation, after Brown v. Board of Education, more than 45,000 Black teachers lost their jobs.

“The families and administrators at the White schools did not want Black teachers teaching their kids. Bottom line,” Hill-Jackson said. “There have been many historians that have found actual records of interview processes and notices. Teachers were actually told, ‘I don’t want that negro at my school.’”

While the bias might not be as obvious now, an accurate representation of the population has not been achieved yet. Just seven percent of America’s teachers are Black and just five percent are Black women.

Although a lot has been done to improve diversity in America’s classrooms, Hill-Jackson knows that a lot more can be done.

“We’re the best country on the planet, I really believe that,” Hill-Jackson said. “We improve with our diversity initiatives every decade, and you can see the growth of this amazing country. But, when we see a problem, we have to sound the alarm, and now is the time to sound the alarm.”

Hill-Jackson has several recommendations for reversing the loss of female Black teachers.

First, she suggests special emphasis recruiting, which is a targeted and pre-emptive recruitment of a particular population. Research has shown that having recruiters who resemble the community the school districts are trying to attract is important.

At the national level, she recommends being strategic with reform efforts. Rethinking reform agendas to ensure that a lack of money does not keep qualified Black female students from teacher education programs is an example of such strategy. Colleges of education can help with this by recruiting and supporting students of color to ensure their success in college and their teaching careers.

Big change needs to happen in school districts, Hill-Jackson said. She found that Black teachers go into school districts and feel isolated and alone because they may be among only one or two other teachers of color at their schools. By focusing on specific recruitment techniques and conversations about diversity, school districts can become welcoming places for Black teachers to work and, in turn, the teachers are more likely to stay. 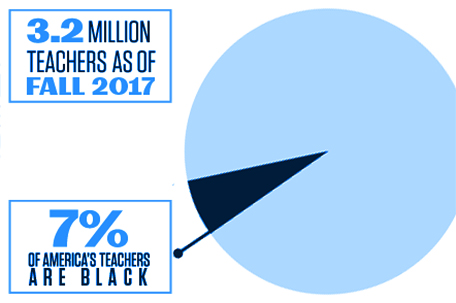 “Whether we’re putting together a group in our community or we’re trying to staff a school, we need to make sure that these institutions reflect who we are as Americans,” Hill-Jackson said. “All of us say that we believe in democracy, in theory, but this is our opportunity to implement diversity ideas into practice. It just means being intentional.”

Hill-Jackson began researching this topic when she was invited to write a book chapter on the exodus of Black women from the teaching profession. She admits that she had no idea what she was getting into and quickly became overwhelmed with information.

The majority of the teaching force for Black children in the late 19th and early 20th centuries was comprised of Black women, and the stakes were higher for them than their White counterparts, Hill-Jackson said.

“When they became teachers, they knew they were educating a cadre of people who came out of slavery, and their self-esteem was connected to a lack of education,” she said. “This was a chance for their people to be uplifted, not just educationally but also economically and politically.”

A dramatic demographic decline in the number of Black female teachers happened shortly after Brown v. Board of Education. While many considered Brown a victory because of the push for integration, many Black female teachers lost their jobs and strong teacher-student relationships in the Black community dissolved.

One of Hill-Jackson’s concerns is that people do not understand the carryover effect and just say, “That was then.” She understands this is a history many are uncomfortable with, but she knows it is important for future Aggie teachers to understand the impact that a profession steeped in a legacy of discrimination and segregation has on teaching today.

Hill-Jackson is making changes in her classrooms. She adapted her curriculum this semester to talk about segregation in schools and the history of civil rights, and she is making time for more discussions on the topics. Her commitment is to embed these discussions in the experience for future teachers.

“As often as I can, I share these messages with my students. If you want to know the perspective of people that you’re not used to interacting with, then you have to sit and hear their story,” Hill-Jackson said. “We look at the world through our middle-class perspective and, when folks have gone through another life experience, their motivations for doing what they do are often different than ours. As educators of an increasingly diverse student body, we owe this deep dive into our nation’s educational history to them.”

To support Black students who are pursuing a degree that leads to a career in teaching, donors may wish to consider the creation of a Foundation Excellence Award (“FEA”) Scholarship. These scholarships can be endowed at a minimum level of $50,000.  This endowment will provide a student $2,000 per year for four years while they pursue their dream of becoming a teacher. Additionally, a one-time gift of $10,000 can fund a non-endowed FEA with a similar four-year scholarship, but for $2,500 per year.  To learn more about this and other opportunities to support students who wish to become teachers, please contact Jody Ford ’99, senior director of development at [email protected] To learn more about the Foundation Excellence Award Scholarships, visit tx.ag/tamfexcel.