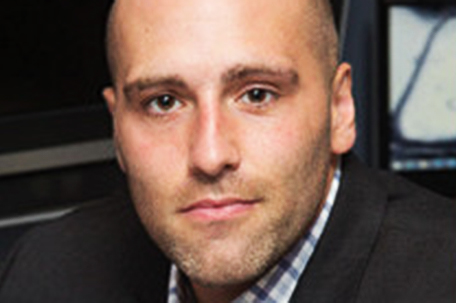 You’re gonna have to forgive me for being more than a little confused about the reasoning behind Michael White’s murder charge.

What do you get when you combine a cell phone video, some eyewitnesses, and the high-profile death of a prominent developer with a colorful history who may have charged his assailant in a drunken rage?

If you’re a young man named Michael White, you get a murder charge leveled at you, a cell at the Curran-Fromhold Correctional Facility, and a community that —depending on whom you talk to — either thinks that you’ve been railroaded or thinks that you’re right where you ought to be.

On July 12, White was working as a food delivery messenger along Rittenhouse Square when he crossed paths with Sean Schellenger and two of his friends at 17th and Chancellor Streets. There may or may not have been alcohol involved. One person may have spat on another. While it’s certain that Schellenger definitely got out of the car, his two friends may have as well.

The one thing that everyone can agree on is that White stabbed Schellenger and that Schellenger is dead and White is in jail on murder charges.

It is this last fact that seems to have a lot of people fired up and I think that’s because a large swath of the community believes that (a) White was defending himself in a fight against three guys and should be looking at nothing higher than a manslaughter charge and (b) the video has yet to make an appearance on television or anywhere else. 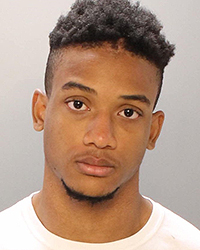 White turned himself in to police last Saturday and has been held without bail at Curran-Fromhold since then. The investigation is still continuing, and the Philadelphia Police Department and District Attorney Larry Krasner’s office are still investigating.

I reached out to Krasner’s office on Tuesday and connected with Ben Waxman, the office’s Director of Communications. I asked if the office had made any comment on the incident and he sent me the link to a statement the office had issued on Tuesday that outlined the charges, their basis, and an acknowledgement that the office is taking full measure of the situation.

“We know that the friends and family of Mr. Schellenger must be feeling deep anguish that he lost his life so abruptly and in such a violent manner,” the statement said. “We also know that Mr. White has supporters in the community who believe that he acted in self-defense. We ask that the public give our investigators time to complete their investigation into what occurred. Regardless of your view, we urge everyone to express themselves in a peaceful manner.”

The DA’s office and Philadelphia Police are also looking for the person who shot the video on which they’re basing a murder charge and want the witnesses included in the video to come in and talk to them.

But I still have questions.

First of all, why is this the only piece of video you all have? If we learned nothing from the adventures of #CoffeeWhileBlack, we learned that Rittenhouse Square is covered in buildings with cameras and that you can get police assistance there in a relatively short time. Yet, none of this video footage has appeared. What’s up with that?

And my other question is, how are you charging someone with murder if all you have for evidence is a cell phone video and eyewitness testimony? I ask this because murder is a really serious charge and I can’t help but think that you should really have a lot more evidence before you level it.

As this case progresses, the SUN will be keeping an eye on it. But in addition to the case itself, we’ll be looking at the way the media covers it, how the criminal justice system functions here, and how District Attorney Larry Krasner handles what is probably going to be the challenge that shows all of us whether or not a DA can really be “progressive”…and what that means for that matter.