How does the American media depict Black people? (part two) 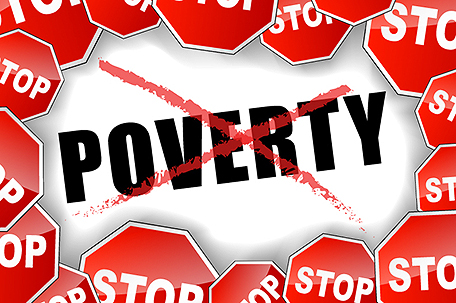 In addition to the structural socio-economic issues that threaten Black people, negative stereotypes with historical foundations have helped to shape public opinion about Black people through the media.

It is these stereotypes that explain why Whites show little understanding and responsibility about the conditions that Black people face.

As I stated in part one of this commentary, perceptions of Blacks by Whites are passed down from one generation to the next. I know some Black people will say that what White people think of Black people shouldn’t matter.  But while I’m a ‘do-for-self’ Black person, I contend that it’s very important for us to challenge White America about its perceptions of Black people because the last time I checked, Whites own everything and owning everything allows you to implement your prejudices.

Now, it’s preposterous to think that all white people are racist. But all of us, both Black and white, have prejudiced thoughts and beliefs. However, after nearly 400 years of entrenched negatives beliefs about Black people, we now have a system of institutional racism based on a value system that fundamentally devalues Black life.

There are just too many examples that some White people have this opinion, examples including failing public education in urban cities, rising numbers of young Black men in prison, and the current HIV/AIDS. Institutional racism allows callousness to grow and develop causing the racial divide that we currently have in this country and much of this is fueled by the media.

Since the beginnings of the media with the first English language newspaper in 1665, what constitutes media in has grown to include radio, music, television and now the Internet. But while much has changed in terms of the types of media, negative images and stereotypes of Black people have remained the same. I believe it was the depictions; the serotypes, the bombardment of negative images of Black people in the media that fueled the justification of the enslavement of Black people.

There are a myriad of negative stereotypes of Blacks: we are criminal and dangerous; we’re primitive or simpleminded, prone to addiction, lazy and shiftless, addicted to handouts, more into excess than self-control, addicted to sex and unclean with no desire to fulfill your responsibilities in terms of family life.

But none of the stereotypes is as damaging than the portrayal of Black people as subhuman animals without a soul. This was perfect for religious conservatives. As long as Blacks lacked a soul, they couldn’t be considered human and it was OK to treat them like property. To achieve this, the media had to portray Africa as barbaric and savage. Africans have usually been depicted as primitive, childlike, cannibalistic people that live in tribes, carry spears, and believe in witchcraft.

White colonists are depicted tricking Africans by selling junk in exchange for valuable things. They are also sometimes depicted as pygmies with childlike behavior so that they can be seen as being similar to children. How many images of African people with lip plates or with bones through their noses or bare chested Black women with large breasts and notably fat buttocks have you seen?  Even today, if you ask the average Black person what his/her thoughts of Africa are they will refer to these stereotypes.

Starting very early on, numerous publications, enslaved Blacks were portrayed in books and early newspapers as animals. There were numerous advertisements for the sale of slaves and/or notices of rewards for runaway slaves and these advertisements were the financial foundation for the growth of daily newspapers. While crude historical depictions of Blacks as ape-like may have disappeared from mainstream American culture, much research on this topic suggests that society was more likely to condone violence against Black because it was easy to believe that they’re animals and that the only way to a handle an animal is with force.

The general acceptance of the evolutionary theories of Charles Darwin was easily twisted into a means of identifying further “evidence” of the primitive status of Blacks. There wearer numerous cartoons that portrayed the connection of Black people and apes. In addition, Black men were to be feared for their brute strength and sexual appetite. This stereotypical was promoted by White slave-owners that Black male slaves were animalistic and bestial in nature and didn’t have the capacity to have the passions, emotions, and ambitions of human beings and are wholly subservient to their sexual instincts. These types of descriptions were commonplace in promoting the marketability of the slave. It sold the Black man as a physical specimen able to mate with Black woman and produce numbers of offspring, which benefitted the slave-owner.

In spite of the overwhelming challenges that Blacks have faced and continue to face, I still believe in the concept of America and its core principles such as equality and the right to life, liberty and the pursuit of happiness. I also realize, like the many great Black leaders before me, that if America is to fulfill its promise, the legacy of slavery and its impact on nearly 45 million Black people must be addressed.

In my upcoming articles, I will continue to describe these stereotypes after slavery and the growth of movies and music and how they manifest themselves today.