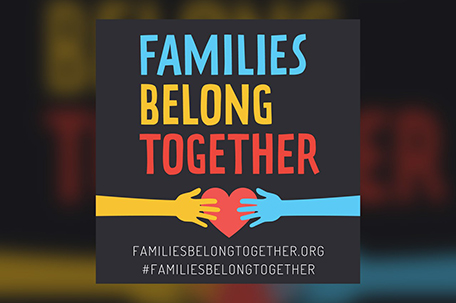 Atty. Gen. Jeff Sessions has reached down into the garbage can of history to twist passages of Holy Scripture, once used by segregationists to perpetuate slavery, segregation, White nationalism and Jim Crow, to justify separating immigrant children from their parents, many of whom Donald Trump dehumanizes as criminals.

Reports show that thousands of children are being tragically and traumatically separated from parents and held in cage-like structures, according to Democratic U.S. Senator Jeff Merkley. Some have traveled thousands of miles to flee death threats, gangs and rapes in their countries.

Is the ‘make America great’ rhetoric now calling them to thump the Bible, stand self-righteously and piously practicing a new breed of spirituality that encompasses “hate thy neighbor”?

Paul, who wrote around A.D. 60, was an apostle of love reflecting the virtues of Jesus Christ. He wrote: “if there be any other commandment, it is summed up in this word, namely, love thy neighbor as thyself. Love works no ill to his neighbor; love therefore is the fulfillment of the law.”

In Romans 13, Paul writes that Christians are both citizens of the state and the church having a duty to obey both. Sessions uses that passage to justify punishing immigrants — most of whom are Brown or Black — coming from where Trump has labeled “sh*thole countries.” Very boldly, however, Paul clearly states in that same passage that love is the foundation of the Gospel, which supersedes all other man-made laws.

As clear-cut the writings of Paul are, Christians must look to a higher source, asking what would Jesus do? The Bible shows Jesus condemning the “sin” of legalism. Legalists can quote, pound and thump the Bible, while being ignorant or oblivious to the spirit of the Law, which infuses the soul and conscience to be kind, merciful and charitable.

Legalists most often overlook the sinful practices of corporate greed and the current EPA policies of allowing corporations to leak or belch harmful chemicals into poor neighborhoods or Trump using the budget to deny healthcare to the medically indigent, who are at risk of dying because of that lack of access. These kinds of tactics, no doubt, are why Jesus declares that it’s easier for a camel to go through the eye of a needle than a rich person, who thinks that wealth alone, gives them access to heaven.

Jesus’s social gospel was to awaken the Pharisees of his day, namely the lawyers and legalistic communities. Having a heart for the injustices of humanity, Jesus condemned that group as “hypocrites for “straining at gnats and swallowing camels” and omitting the more important areas of the law, which are “judgment, mercy and faith.” 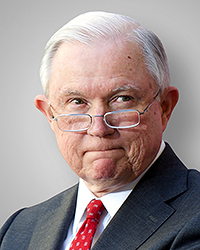 Sessions and his group — Pharisees of today — go to Scripture to find passages to support their harmful anti-Black, anti-women, anti-poor policies which are so void of love and kindness that they have no relevance for today.

Trump’s Attorney General clearly misses  a fundamental message of Scripture which Jesus quoted as Good News, not the lies, harsh words and the meanness we see today. Declaring his mission in Luke 4:18, Jesus said that he was anointed to preach the Gospel (good news) to the poor, heal the broken-hearted, and preach deliverance to the captives to set at liberty them that are bruised.

Do the Sessions policies have anything to do with the Good News, Jesus, the Bible or anything sacred that is a part of the Jewish, Christian, Islamic faiths?

In fact, the bad news of Sessions is at odds with the official declarations of his own United Methodist Church. In 2016 it said, “The fear and anguish so many migrants in the United States live under are due to federal raids, indefinite detention, and deportations which tear apart families and create an atmosphere of panic. Millions of immigrants are denied legal entry to the US due to quotas and race and class barriers, even as employers seek their labor. With the legal avenues closed, immigrants who come in order to support their families must live in the shadows and in intense exploitation and fear. In the face of these unjust laws and the systematic deportation of migrants instituted by the Department of Homeland Security, God’s people must stand in solidarity with the migrants in our midst.”

So why are so many preachers, pastors, bishops and megachurch leaders not pushing back, defending the sacred text and taking these Pharisees to task, not only for their punitive practices toward immigrants, but also the transference of billions of dollars from the needy to the Trump oligarchy?

Isn’t sacred text worth defending? How long will loving and moral Americans tolerate hypocrisy, cruelty and sins against humanity? Is it time for Sessions to have a Damascus road experience so that he can get knocked down off his high perch to see the light of Jesus’s love for the least of these?

As is often said, “The only thing necessary for the triumph of evil is that good men do nothing.”

Keith Magee is a public intellectual, ordained minister, and serves as a Senior Fellow in Culture and Justice at University College, London. Barbara Reynolds is an ordained minister, former startup editor and columnist for USA TODAY and author of seven books, the latest being “The Life, Love and Legacy of Coretta Scott King.” They are mother and son.