What Happens When Police Slay a White Woman? 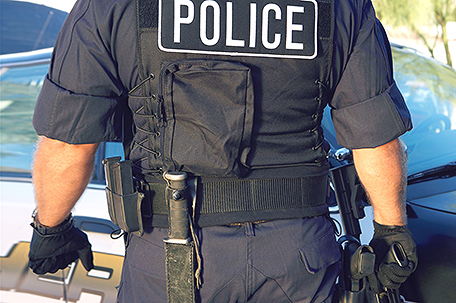 The slaying of  Justine Damond, a white woman from Australia, by a Minneapolis police officer, defies the by now ritualistic police shooting of a civilian.

The ritual goes like this. A White, or non-Black, cop guns down a young, generally unarmed, African-American male. There is the inevitable rage and protests. Police officials hold a press conference and solemnly promise to investigate. The officer involved is put on “administrative leave.”

Weeks later, the investigation wraps up, with no charges filed. If there’s video, and the case draws more anger, city officials shell out a million or two to the family in a lawsuit settlement.

Now there’s Damond. She seemingly shatters the ritual. She’s a she. She’s White. And she’s from the very White nation of Australia to boot. Gender is an issue here, but only because she’s White. It has meant next to nothing when the victim is a Black woman. In the past three years, more than a dozen Black women have been gunned down by police.

Now the intriguing question is, what will be different this time?

The answer: a lot.

Minneapolis Mayor Betsy Hodges instantly said she was “heartsick and deeply disturbed.” The reporting about the shooting has been handled with the gentlest of kid gloves. There was not the slightest hint that she had anydrug or crime involvement, and no mention of any criminal record. There were warm, glowing vigils held for her. The state’s Bureau of Criminal Apprehension quickly announced that it would press to determine if there was any video footage of the slaying.

This is not prima facie proof of any racial or gender double standard of what happens when police kill Whites. However, the initial signals show strong differences. The killing of a White person by police is hardly unique. Police do kill more Whites than Blacks yearly. Unofficial figures show that in the period between 2013 and 2015, nearly half of the victims of police shootings were white. Blacks made up 30 percent of the victims, and Hispanics 19 percent.

But that raw figure is grossly misleading. It doesn’t tell what the circumstances were or whether or not the victims were armed. The stark contrast is that most of the Black victims of police deadly force were unarmed, often, shot in the back, and the horror of the killings was, in some cases, caught on video in all it’s grisly gore. Despite that, the officers in almost every case were not charged, or if charged, quickly acquitted.

The revealing part of the figures on the race of the victims is that based on their proportion in the population, Blacks are still far more likely to be gunned down by a cop, than Whites. The flip side of that is that it’s still the rarest of rare instances when a White woman is slain by police.

There will be much hand-wringing, soul searching, and recrimination by city and police officials in Minneapolis over the killing of Damond. If any evidence surfaces that the officer overused deadly force, he will likely be prosecuted. And he should be.

But the same official anguish and push for prosecution should be there for any victim of police violence whether the victim is not a she, not White, and not an Australian.

Earl Ofari Hutchinson is an author and political analyst. He is an associate editor at New America Media and his forthcoming book, The Trump Challenge to Black America (Middle Passage Press) will be released in August. He is a weekly co-host of the Al Sharpton Show on Radio One. He is the host of the weekly Hutchinson Report on KPFK 90.7 FM Los Angeles and the Pacifica Network.

Australians see woman’s shooting by police as US nightmare