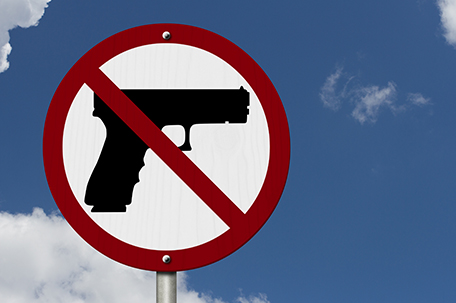 Gun violence in Philadelphia has to be viewed as a dramatic incident that is greatly affecting the lives of all Philadelphians. When viewed from that frame of reference, it is obvious that a Local Incident Management System (“LIMS”) must be put in place to address the current crisis plaguing our city.

Similar to the National Incident Management System (“NIMS”), the LIMS would establish a uniform set of processes and procedures that the city government would use to combat gun violence by enabling the necessary responders to work together more effectively and efficiently to manage the root causes of gun violence. A LIMS system, as applied to gun violence, would coordinate input from the Mayor’s office, the president of City Council’s office, the First Judicial District, the District Attorney’s office, the police commissioner, the prison commissioner and both funded and non-funded community groups. These sectors would develop a uniform policy aimed at addressing the root causes that result in gun violence in the neighborhoods. Other sources of input could be the School District of Philadelphia, the media and the city’s academic institutions, among other possible necessary components.

One possible result that could come from a LIMS would manifest in the manner that the Court system handles individuals who are arrested and charged with gun violations, including illegal purchases and transfers of firearms. In addition to the imposition of monetary bail, the court would require the offender to refrain from any social media communication as a condition of bail. Studies have shown that many individuals who illegally possess and/or carry a gun and go on to use that gun against another individual have done so after either posting on social media or have seen a post on social media that the individual found to be “disrespectful.” Moreover, many of the younger offenders garner “likes” and followers by putting up posts of themselves brandishing guns – as if the possession of the gun gives the individual “street cred” and, thereby, creating a feeling of increased “self-respect.” Similarly, individuals who are arrested and charged with domestic violence offenses would be ordered to stay away from any complainant and to stay off of all social media platforms as it relates to the complainant.

All offenders in the above-listed categories, who have no financial means of support or other history, will be given direct daily supervision while on bail by either the court’s probation office or an authorized community based support center.

This daily supervision will engage the offender with job, crisis management and mentoring counseling and also expose the participant to other positive life altering skills, such as courses in vocational programs.

Once the offender has secured a job, school or other probation-acceptable endeavor, the individual will be moved to either non-reporting pre-trial probation, involving one or two telephone calls per week to his/her assigned probation officer and/or community-based support person. A mandatory curfew will also be imposed for all pre-trial offenders as a condition of bail, with the time constraints determined by the individual’s work status and schedule.

By maintaining direct supervision for unemployed offenders and indirect supervision for employed offenders, coupled with a curfew requirement and a ban from social media platforms, the program would create a clearer, non-cluttered landscape for the Police wherein it could engage the community in its own gun deterrence initiatives. These mechanisms, working in tandem, would increase the probability of reducing gun violence.

Consequently, a LIMS based program, as described in this article, will establish the court system, and its components, as a filtration system in putting the appropriate people in contact with the corresponding grassroots organization that is necessary for implementation of the program, while supporting ongoing police engagement with the community to remove guns from the hands of those individuals who are prone to use them.

A LIMS program can be adapted to meet the needs of helping to maintain a system that could combat not only gun violence but also any series of events considered “dramatic incidents.”

Such a program would address many of the violence-based events, and socio-economic issues, that currently plague the lives of the citizens of Philadelphia.

James M. DeLeon recently retired from his position as a judge on the Philadelphia Municipal Court. Judge DeLeon served for 34 years on the courts and has returned to the legal profession as an attorney.

Guest Editorial: Combating poverty in Philadelphia – one student at a time