An Open Letter to My City 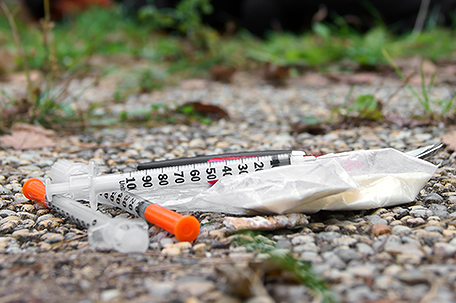 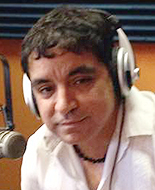 Each morning, my fiancé or I drive my child through a hellscape on the way to school.

Leaving the safety of our home, we witness a tragic transformation that takes us from a way of life that’s okay, to one that is truly terrible.

The school is located in the middle of Kensington, scene of the worst opioid epidemic in the nation.  As soon as we drive past the methadone clinic on Diamond Street, things just get bad. Every day, I fear the dangers of living in Kensington – needles in all the parks, drug dealers warring over corners with guns and the beat downs to take your money.

One of the most terrifying and upsetting days impacting our family happened last year – a marketing ploy no one wants in their neighborhood. Sellers set up a free drug giveaway designed to lure new users.

At first, I didn’t know what was happening. Then, the security guard and I yelled out and pushed the kids into the schoolyard.  As sellers tried to build up their client base, our children were caught in the middle.

In June, near the end of the school year, my child and many other children called their parents in fear.  Drug dealers were fighting for corners during school hours and my child’s school is located near some of the most lucrative drug corners in the nation. Then, one day, I went to my boss and told her, “I have an emergency at my child’s school and I have to leave.”  In fact, there had been a shooting outside the school and it had been placed on lockdown. 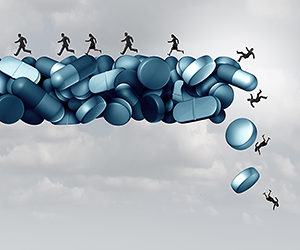 The drug epidemic is taking a toll on residents.  People stay indoors, and a simple family visit can turn treacherous.  My aunt has worked for 50 years at a local factory. She has raised two daughters and six stepchildren and now is enjoying her grandchildren. Once joyful visits have now turned into visits filled with worry and fear. Next door, there are new drug dealers living in public housing, and they are not from the area. My aunt had metal gates installed on her steps to secure the front of her house. Every evening, after work, she would sit on her steps, have her daily cigarette, and talk to her neighbors.   Now she sits alone in her back yard. In the morning, she has to ask folks to move from her house if they are nodding out.  There is not much she can do except step over them. When she comes home, she cleans up the vomit and drug paraphernalia and trash left by the addicts. She is afraid her grandchildren will get stuck with needles, so she sweeps them away daily.

My aunt is a beautiful woman and should not be living in a prison she did not create. But this is the reality for many of my relatives. They live in the middle of this epidemic and for decades no one listened to their cries for help. The city is engaged in trying to find solutions, but I fear without community input their policies will only make things worse.

Recently in the lower part of Kensington where I live, I walked out to find a woman sitting behind my potted plants shooting up. I asked her if she needed anything. She simply replied said no. I told her, “If you need me, I will be right behind that door. OK?”

I went in for about an hour. When I went to check on her, she was gone. I felt sadness because she was young and beautiful. I can’t count the amount of times I have witnessed a drug deal, people shooting up, or people walking with needles hanging from their arms. Because overdoses are so common in our neighborhood, I am now Narcan trained.

There are many moving parts to this problem and no one seems to be able to bring all the stakeholders to the table to develop a holistic approach. When officials close the encampments on Kensington Avenue, the crisis will only spread deeper into the neighborhoods.

First, there will be the inevitable crime that accompanies human misery. My oldest child was mugged near our home and there have been multiple shootings within walking distance of my house. One person was killed recently in Norris Square Park. Four people were shot nearby at 3rd and Diamond Streets. With that kind of violence, it seems almost trivial to mention stolen bicycles and broken windows, but it all adds to the unrelenting stress.

Next, there are the innocent, hard-working families that live in this neighborhood. How do we help them and engage them in solutions? How do we provide the opportunity to allow them meaningful lives in the face of all the violence?

And, finally, there are those families who want to leave Kensington, but can’t. They live in fear that they will step or sit on a used syringe and contract HIV, hepatitis or another sickness that will change their lives. The elderly are afraid to walk to the grocery store for fear of being mugged. Children are afraid to go to school because of all the violence they witness. Working families lose income because someone must always be at the house, so it doesn’t become a shooting gallery while everyone’s at work. At night, many families sleep together in the back rooms of their homes because gun violence on the street is constant. Some families want to leave but can’t afford to go; they pray every night for God’s help.

When will the city hear the cries of North Philadelphia and Kensington?

About Gilberto Gonzalez: Gonzalez was born and raised in North Philadelphia to parents of Puerto Rican descent. He is a senior graphic designer at Community College of Philadelphia – local artist, film marker, educator and community advocate. He was voted one of the Most Influential Latinos in 2014 and Community Advocate of the Year in 2014. Mr. Gonzalez is co-president of the  AFT Local 2026, former board member of Culture Trust and founder of Logee Film and Productions. He serves on the Father’s Day Rally Committee, and is a Father of the Year Award recipient. The Logee is the first Latino-owned film company in the Philadelphia region, focusing on Latino history and stories. Gonzalez is also the author of “Three Rings,” a book about growing up in the Barrio from the perspective of relationships. Three Rings came in runner-up in the New York Book Festival of 2010.

An open letter to Slim Thug: How much more “down” do you want black women to be?