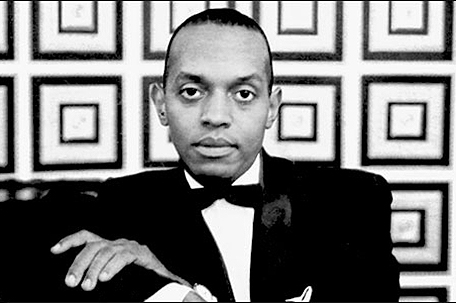 “The greatest struggle of any oppressed group in a racist society is the struggle to reclaim collective memory and identity. At the level of culture, racism seeks to deny people of African, American Indian, Asian and Latino descent their own voices, histories and traditions. From the vantage-point of racism, black people have no story worth telling; that the master narrative woven into the national hierarchy of white prejudice, privilege and power represents the only legitimate experience worth knowing.”

Dr. Marable also referenced Frantz Fanon’s book, “Black Skin, White Masks”,  stating that “the greatest triumph of racism is when Black people lose touch with their own culture and identity, seeking to transcend their oppressed condition as the Other by becoming something they are not.” This is the false impression of Dr. Donald Shirley that one is left with given the many false narratives that are perpetuated in the film “Green Book”.

“Green Book” is the story of Shirley, a world-renown African-American classical and jazz pianist and composer who embarks on a concert tour from New York City into the Deep South in 1962. In need of a driver, he  hires Tony Lip, a racist Italian-American nightclub bouncer for the job. This is just about as far as the facts in the film go.

The film is formulaic. It plays to the prejudices of a predominantly White audience employing the too often used tropes and worn out stereotypes about African-Americans to weave a totally false narrative about Dr. Shirley and his relationship with Lip. Even though Lip is Shirley’s driver, the film portrays Lip in the traditional but false position of the White “bwana” who introduces Shirley to African-American culture and who he “should be” as an African-American man.

To discover who the real Shirley was, I spent an hour interviewing his youngest brother, Maurice Shirley, Sr., his sister-in-law Patricia Shirley and his niece, Karole L. Shirley-Kimble. In addition to the interview, I also spent several hours speaking one-on-one with Shirley-Kimble about her uncle and family.

Here are a few of the lies told in the film that are important for the public to understand:

The film portrays Shirley as being raised by a single mother. In fact, he was one of five children born to Pastor Edwin Shirley, Sr. and his wife Stella, a school teacher. The children were Calvin, Lucille (died at birth), Edwin, Jr., Donald and Maurice. His mother passed when he was 9. The four boys were raised by their father. All four boys obtained advanced degrees; two were physicians. They were all very successful in their own right. Contrary to the film narrative, Dr. Donald Shirley remained very close to his family until his death in 2013.

His talent was recognized when he was two years old. His mother was his initial piano teacher, and he was quickly recognized as a prodigy and provided with formal piano lessons. With a father who was an Episcopal priest with a large congregation in Pensacola, Florida, the boys were raised In an upper middle-class setting. Contrary to the film narrative, he and his mother never “panhandled” for money.

Dr. Shirley did not have an issue with alcohol. The rare times he drank scotch he preferred Chivas Regal or Pinch. He did not have a bottle of Cutty Sark delivered to his room every night while on the road.

Tony Lip did not “introduce” Shirley to fried chicken, Kentucky Fried or any other kind. As a “PK” or preacher’s kid, there was plenty of “gospel bird” consumed on Sunday’s after services during his childhood.

Tony Lip did not “introduce” Shirley to the music of Little Richard, Aretha Franklin, R&B or soul. Dr. Shirley was well versed in and appreciated all types of music genres and incorporated them into his own compositions. According to Karole, the Black community was, “…the center of his world…he pulled from African proverbs and spirituals…he was a Black man…”. He was not out of touch with the Black community, its people or its culture. In fact, he was very good friends with the giants of his day;  Lionel Hampton, Count Basie, Duke Ellington, Leontyne Price, and the Rev. Dr. Martin Luther King, Jr. He also had long-lasting and great friendships with Paul Robeson, William Warfield, Harry Belafonte and many others.

Shirley did not sit on a throne in his apartment like the “king of the coons” as was described. He did not own a throne. He knew who he was and from whence he had come.

There was no green Cadillac. He only rode in black limousines. Lip would not have worn a personal suit. All of  Shirley’s drivers wore a gray chauffer’s uniform provided to them by  Shirley. According to Maurice Shirley, “there was no friendship relationship between Donald and Tony…in fact, Donald could not stand him. He fired Tony.”

There are many other fallacies in the film that would take too long to point out. So you may ask, “Why is it important to point out all of these inconsistencies? Why is the Shirley family upset over the portrayal of their brother/uncle?” It’s simple, Marable writes. “Under colonialism and Jim Crow segregation, people of African descent were constantly pressured to conform to the racist stereotypes held of them by the dominant society,” he said.

This proud, educated and accomplished family cannot sit idly by and allow Hollywood to make them out to be anything other than what they are.

This film purposely and lazily infuses generally accepted stereotypes about African-American people, such as Shirley being born impoverished to a single mother with no strong male figure In the household, disconnected from his family, community and self. Instead, here is a man that earned doctorates in Music, Psychology and Liturgical Arts.  Shirley was also fluent in eight languages and was a talented painter. Still the film would have us believe that it wasn’t until the great White benefactor rode in on his trusty white steed (on in this case a green Cadillac) that Shirley was able to find himself and connect. Actually, he was never lost or out of touch with his family or who he was as a Black man.

Shirley’s real-life story would have made a much better film. Had the screenwriters and producers taken the time to perform even the most rudimentary research and reached out to the Shirley family, they would have uncovered a much more interesting, enlightening and empowering story. A story about a brilliant African-American man, born in the deep South in 1927. A man born into a highly educated family, who earned three Ph.D. degrees, became a world-renowned pianist and composer, millionaire, friend of Dr. King’s and supporter of the Civil Rights Movement. A man that died beloved by his entire family and community and is missed to this very day.

Unfortunately, for the Shirley family and all of those who have viewed this film, they have been denied this great American story because those involved with the film chose to misinterpret this phenomenal man through the blurred lens of the American ethos of the so-called “White Man’s Burden,” the racist mythology that the White man has a moral obligation to rule the non-White peoples of the earth while encouraging their economic, cultural, and social progress through colonialism.

They were unable to properly assess and comprehend the complexities of Dr. Donald Shirley’s everyday existence as the man that he always was, because they cannot understand Dubois’ concept of “double-consciousness” — “the American, the Negro; two souls, two thoughts, two unreconciled strivings; two warring ideals in one dark body, whose dogged strength alone keeps it from being torn asunder.”

In 1946, Langston Hughes wrote, “America does not yet permit Negro artists and intellectuals to wash their hands in the water of cultural freedom.” So, it was in 1946; and so, it still is with “Green Book” today.