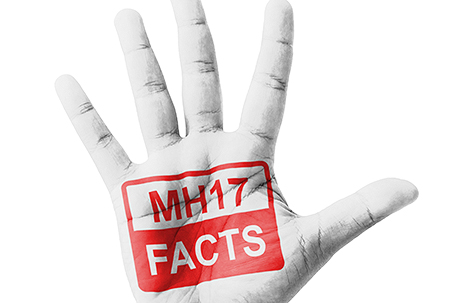 The monstrous downing of a Malaysian jet liner apparently by Russian backed separatists in the Ukraine did something that few thought could happen. It has gotten GOP leaders momentarily to agree with President Barack Obama when he pointed the finger squarely at Russia for the horrific attack. But don’t expect the GOP’s hand hold with Obama to last. GOP leaders have been relentlessly snipping at Obama from the moment that Russia muscled into the Ukraine, lopped off slices of its territory, and cheered on and supplied pro-Russian separatists in the nation with sophisticated weapons. Presumably those weapons include the kind of missile thought to have taken down the jetliner. If it’s shown beyond doubt that the rebels downed the plane and did it with a Russian supplied missile, GOP leaders almost certainly will renew their barrage of attacks on Obama.

As always, their attacks will have absolutely nothing to do with indignation and outrage over the mass killing. It will have everything to do with politics. In April, when Obama first talked with Russian President Vladimir Putin to get him to stand down on stirring up tensions in the country, GOP leaders pounced. They branded him as too weak, soft and conciliatory. The smear was a rerun of the same smears it has repeated time and again against him on the issues of national security and foreign policy.

The GOP has dusted off the script on every foreign policy crisis that’s popped up since Obama entered the White House. The list is endless: Somalia, Bin Laden, Afghanistan, Syria, and Iran and, of course, Benghazi. In each instance, just change the names and the rap is till the same, he’s weak, indecisive, and soft, and always the charge is that his alleged weakness somehow puts the nation at mortal risk. As in every one of the crises that Obama allegedly bungled and jeopardized the nation’s security, the unreconstructed cold war hawks and professional GOP Obama bashers flatly declare that the U.S. must get tough, firm and resolute up to and including a military and even nuclear a saber rattle against a perceived American foreign enemy.

The Ukraine crisis has been no different. GOP leaders have called for Obama to do everything short of putting boots on the ground in the Ukraine to battle the Russian backed separatists. The only thing that has stopped those tempted to cross that line and make that call is the vehement overwhelming opposition of the American public. As horrible, bloody and now humanly catastrophic with the jetliner attack, the conflict is, it’s still a regional conflict in which the U.S., no matter how long and loud the saber rattle from the GOP, can do little beyond the strongest political and moral condemnation and sanctions. They themselves are weak and for the most part ineffectual. As morally odious as the conflict is especially with its latest horrific turn, it still poses no direct threat to American security.

However, that means little to a GOP determined to score big in the mid-term elections. It will do everything it can to turn the heinous downing of the jetliner into yet another political indictment of Obama. They will scream louder to slap even tougher sanctions on Russia, some of which are border on the absurd. This includes proposals to bar Russia from landing its Aeroflot planes in the U.S and other Western nation airports and even more dangerous and counterproductive, demanding that the U.S. arm the Ukraine military to the teeth. This almost certainly will guarantee a frantic arms race with Russia shipping even more heavy weaponry to the Rebels. Nowhere does the GOP explain exactly how any of this will bring Russia to its knees, stop it from aiding the rebels or make airspace over Ukraine any safer.

Obama’s sensible option continues to be to redouble efforts through a combination of new sanctions which he did a day before the jetliner debacle that involved energy and banking transactions and negotiations aimed at stopping the flow of weapons and military support to the rebels. No matter how loud the war hawks scream about Obama’s actions, he has little choice but to try and help craft a solution through diplomacy. This hardly shows weakness, but recognition that the U.S.’s options are few.

The Malaysian jet liner downing was a senseless and heart-breaking tragedy that served absolutely no political or military purpose for the rebel separatists, if they did indeed commit the dastardly deed. It will further fuel the justifiable worldwide public rage at Russia and Putin. It will push Russia closer to being branded a rogue state. Obama’s careful measures in dealing with the conflict have done much to insure that’s the case. The GOP’s inevitable finger point at him for the latest tragedy in the Ukraine will stand again as nothing more than the usual false, phony and opportunistic political pandering.

The GOP hit on Rice is a hit on President Obama