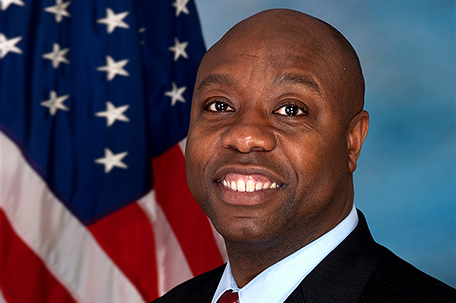 The numbers tell the pathetic tale for the GOP.

In 39 states, there is not a single black Republican that holds a state or federal office. There is not a single black Republican in the 42 member Congressional Black Caucus. South Carolina Senator Tim Scott remains the sole black GOP member of Congress. One of two black GOP candidates for Congress lost his bid in a primary earlier this year. Meanwhile, Kentucky GOP Sen. Rand Paul has waged a campaign to prod the GOP to get more minorities in the party. The GOP crows that it will back 17 African Americans for Congress in the mid-term elections. It has even established a dozen or so so-called “black engagement offices in a dozen states.”

But Paul and the party’s outreach effort to blacks is little more than cosmetic PR window dressing. For example, take its engagement offices. It doesn’t say exactly who will do the engaging, how they will engage, and what they hope to gain by this nebulous engagement. When the GOP in 2013 announced with much fanfare a crash outreach program to attract minorities, no one was fooled and the party dialed back its flim flam rhetoric about a big tent party. It’s been more than a decade since two black Republicans J.C. Watts and Gary Franks served in Congress at the same time. There has not been the slightest hint that the GOP could duplicate those numbers.

The reasons the GOP falls flat on its face every time it pays lip service to wanting to be a minority-friendly party are easy to find. The unshakeable loyalty of blacks to the Democrats is based on simple pragmatism. The entire Congressional Black Caucus is Democrats, and so are the leaders of the mainstream civil rights organizations. Despite the shots they take at the Democrats for taking them and their vote for granted, black Democrats and civil rights leaders are still highly respected. Most blacks still look to them to fight the tough battles for health care, greater funding for education and jobs, voting rights protections, affirmative action, and against racial discrimination. Even when black Democratic politicians stumble and engage in borderline corrupt and self-serving feather their own nest antics, they are still regarded as better bets than Republican candidates to be more responsive to black needs. Black voters generally regard them as the politicians that accurately capture the mood of fear and hostility the majority of blacks feel toward the Republicans.

Civil rights organizations were the only groups that consistently fought back against Presidents Ronald Reagan,  George H. Bush , and George W. Bush’s draconian cuts in job, education, and social services funding and programs, their retrograde nominees to the Supreme Court appointments that would roll back the civil rights clock, and their peck away at affirmative action, civil rights and civil liberties protections.

Then there’s the Republican Party, and its long, blatant, and infuriating history of racial exclusion, neglect and race baiting, and polarization. The endless foot in the mouth, racially insulting gaffes, racially loaded campaign ads by Republican officials and politicians and the refusal by mainstream GOP leaders to loudly condemn them and even defend them. This has continually ignited black fury the last five decades. The fight of House Republicans during that time against the Voting Rights Act renewal, affirmative action, the slash and burn of job and education programs, and Bush’s Katrina bungle, deepened black suspicions that the GOP is chock full of bigots. That history can’t be blithely sloughed off with pious pronouncements about diversity, broadening out the party, let alone propping up a scattering of black Republican candidates.

But it’s really not the history that’s the GOP’s big problem with blacks. It’s the present. The GOP’s relentless and ruthless opposition to affirmative action, its duck, dodge, dither, and flat-out obstruction of any and every initiative or legislation by President Barack Obama on jobs, the increase in the minimum wage, strengthening social security protections, the dogged opposition to a slew of Obama judicial and administration appointees, and its hectoring and harassing of Attorney General Eric Holder. And there’s the GOP’s two jewel in the crown signature hits on Obama and minorities; namely its manic and never ending effort to torpedo the Affordable Care Act and the slew of nakedly race tinged voting rights suppression laws it has dumped on the books in a handful of key electoral states.

Then there’s the legion of unreconstructed bigots who have not only found a warm nesting place in the GOP, and have openly and tacitly been encouraged by the GOP. The brutal political reality is that the GOP relies heavily on them as its back door shock troops to rally millions of backers in the South and the heartland. While GOP leaders half-heartedly protest not to judge the party by the antics of its bigots, they are there and they are not going anywhere. This tells much about why the GOP’s talk of nabbing more black voters will remain a pipe dream.