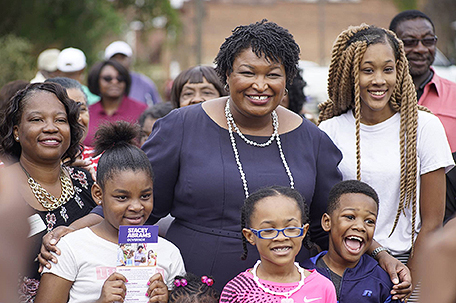 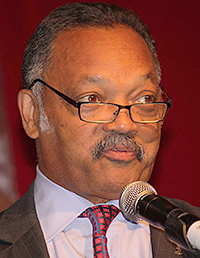 What if Georgia played Alabama in football and the lead referee was playing quarterback for Alabama? Would we assume the rules are being equally enforced? Would Georgians worry that the fix was in? Football thrives on a level playing field.

There is no way the University of Georgia or Southeastern Conference officials would accept such an obvious conflict of interest. Yet, Georgia’s gubernatorial contest is scarred by a similarly unacceptable conflict. Brian Kemp, the Republican secretary of state — the official who makes and enforces election rules — is running against Stacey Abrams, the first African-American woman to be nominated for governor in the state’s history. Kemp has refused to recuse himself or quit to ensure that a neutral official is in charge of the election rules.

What would be utterly unacceptable in a football game is somehow supposed to be swallowed in an election contest over who will lead the state. Kemp isn’t a passive secretary of state. A proud right-wing hardliner, he is notorious for trying to find ways to suppress the vote, particularly the vote of African-Americans. As Myrna Perez, deputy director of the Brennan Center for Justice told The New York Times: “Georgia has been a cause for concern for a number of policies, ranging from polling place closures to technical blocking of registration and purges.” Kemp has implemented an “exact match” voter ID system that requires voters to bring IDs that exactly match their registration records. In August, Georgians learned of a plan to close most of the polling stations in a predominantly Black county. The outrage was such that the plan was abandoned. Civil rights groups filed a lawsuit last week challenging the “exact match” voter registration law.

The Associated Press reported that Kemp has held up the registrations of 53,000 voters, 70 percent of them African-American, in a state with a population that is 32 percent Black. Many people on that list may not even know their voter registration has been held up. Abrams is reaching out across the state to get voters to register and vote, across lines of race. Not surprisingly, she sees Kemp’s actions as biased: “This is simply a redux of a failed system that is both designed to scare people out of voting and … for those who are willing to push through, make it harder for them to vote.”

Kemp responded not as a neutral state elections official, but as a partisan candidate, accusing Abrams of being afraid to run on her record and “using fear to fund-raise.” Kemp claims that it has never been easier to register in Georgia. His conflict of interest, however, makes that hard to believe. Other secretaries of state have stepped down when deciding to run for office. Kemp’s refusal to do so undermines not only his word, but the credibility of his office. Georgia, like other states in the South, has a long and dark history of voter suppression.

After Justice John Roberts and the conservative gang of five on the Supreme Court gutted the Voting Rights Act, many states, particularly those in the South controlled by Republicans, rolled out new voter suppression laws. Nothing could be more corrosive to democratic elections, and to Georgia’s effort to become a leader of the New South. The election is less than a month away.

Abrams offers Georgians a new day, one that will attract interest around the world. Kemp remains the referee and the Republican candidate, a throwback to an age that few in Georgia and the South would want to return. We all have an interest in elections that are free and fair. Democracy depends on that. The legitimacy of our officials depends on that. It is too bad that Brian Kemp has chosen to ignore that basic principle.