From a pole to a pearl 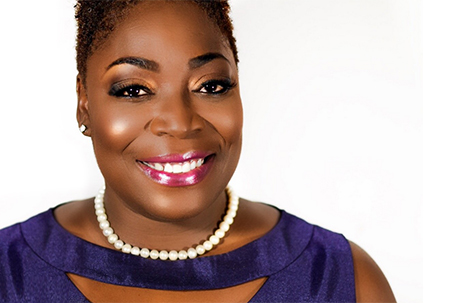 The first time I heard the name Cardi B, it came on the heels of some nonsense that was being reported about a reality show and her life as a hilarious stripper who said whatever she wanted.

Since I had zero desire to watch said show, and even less of one to learn who this person was, I kept moving on with my life.

The next time Cardi B popped up in my radar, the world was going abuzz about her album – not just millennials, mind you, but people who were old goats like me.

Curious, I said a prayer, hoped for the best, and downloaded the album on iTunes.

I swear, I heard my music library gasp in shock when I began playing the first song.

It sounded like a cartoon character with the mouth of a sailor! I had to force my brain to fully listen to the lyrics, and when I heard the track “Be Careful,” not only did I realize that it was about to become the newest “sista anthem,” but that men were in for a world of hurt!

I listened to that track and laughed until my sides hurt at the bare truth within. She was calling cats out with a vengeance, and I could hear a collective shiver among those who were always running a game on women.

Cardi now had my FULL attention. She is honest about who she is, and has stayed true to that, no matter how much she has been criticized.  She has found herself in trouble more than once as a result, and has self-corrected along the way.

When she decided to have a baby in the middle of her rising fame, and was told that it was a mistake, she ignored everyone and did what made her happy. There’s a lesson to be learned in, “to thine own self be true.” In her colorful way, she told everyone to kiss her grits and bounced right back as if she never left. She stayed relevant right through her pregnancy and birth, which is another lesson in creating your own brand.

When Cardi showed up at the recent Grammys looking like a chocolate pearl in an oyster, I was impressed by her ingenuity yet again to keep tongues wagging!

I held my breath as she performed, wondering how much censoring they would have to do in order to air it live.

It was not my cup of tea, but I always keep in mind that my momma thought Prince was the devil, even as I adored him through death. The lesson for me is to judge not. Cardi is appealing to the masses for many reasons. I also know that history is only made when we dare to not be confined, but to embrace our whole selves, flaws and all.

Cardi went from giving radio interviews stating that no one will be able to shame her for being a stripper as it was a part of her past – she was also rapping in the midst of it all -– to winning a Grammy.

I can just imagine how every bit of her life — the tears, the choices, standing firmly in who she was — all came full circle in that moment!

I am still not a fan of her music, which is subject to change as my mind expands to understanding gurgles with a beat, but I am a huge fan of the walking lessons she has become for anyone who dares to dream beyond what is expected of them in their present circumstances.

We can bloom from anywhere. Cardi B is one great example of that.

So, the next time you see a drunk, stripper, drug dealer, or a high school dropout — the types of people society often frowns upon — dare to see a rose waiting to bloom from the concrete, despite what it looks like now.

Grace and mercy are not just for some — they are for all.