Fight for Justice at Cheyney University beats the odds 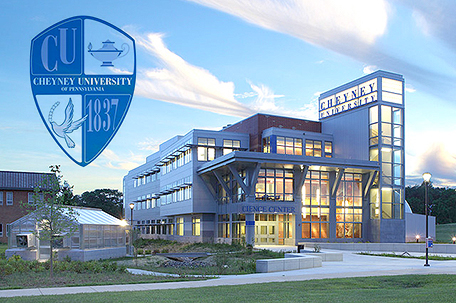 Last July, when 30 long-term African-American food service workers at Cheyney University found out that their employer had lost the contract with the University to another company, they had every reason to believe that their jobs would remain secure.

After all, Cheyney University is the oldest African American university in the nation and the company taking over the contract, Thompson Hospitality Group, a subsidiary of Compass Groups USA, Inc., is a minority-owned business. This was the fifth time that many of these workers had seen their employer change, but each successive employer had retained the loyal Cheyney food service workers.

Surely, these workers could expect to be treated with decency and respect by a university and employer who would both, presumably, value the experience and dedication of these workers, who students recognized as part of their Cheyney family.

In a case where meeting short-term, corporate profit goals seemed to trump common decency and past practice, Thompson/Compass notified the workers that they would only be retaining three and that the other 27 workers were being let go. The effect on the laid-off workers, many of whom had more than 30 years’ experience serving Cheyney students, was not taken into consideration.

In order to fatten its bottom line, Thompson/Compass, thinking that it would go unnoticed, hired replacements from Labor Ready, a notorious supplier of workers who receive very low pay and virtually no benefits of any sort.

Our mission is to fight to protect our members’ rights, no matter the size of the group being attacked. It doesn’t matter if it is 30, 300 or 3,000 members who are being exploited, we fight for all of them.

As soon as we found out what was going on at Cheyney, we started developing a campaign to respond. Our objective was clear: we wanted to find a way to get these discarded workers justice and we defined that as getting their jobs restored.

We recognized that the irony of the nation’s first African-American University hiring a minority-owned food service firm which, in turn, was dumping an entirely African-American workforce and replacing them with other workers hired from a temporary worker agency well known to exploit its employees would present a serious image problem for Cheyney University and all involved.

By putting our members, and the severe challenges they were facing in trying to survive after years of faithful service, before the university leadership and the public, we hoped to humanize the situation so that anyone looking at it would realize what an injustice was being committed solely for the goal of maximizing corporate profits.

We were determined to use every means at our disposal in order to educate Cheyney’s Board members, political leaders, students, and the local and regional media about the situation. We delivered our message by distributing flyers at events, meeting with local and state politicians, and coalition building with other unions and like-minded organizations in the region.

But we also recognized that, if we allowed this struggle to be closely contained, we would have limited success. Therefore, we made the decision to go public with the fight and take our message to a broader audience through the media, using both traditional methods like press releases and briefings, as well as tapping into social media to expand our reach. In short, we were prepared to go all the way.

Fortunately for all involved, the leadership of Cheyney and Thompson/Compass quickly recognized the seriousness of the situation and, in an honest effort to correct a mistake, reached out to our union with a settlement offer which we were happy to accept.

Now, all of the Cheyney food service workers are back on the job, continuing to provide excellent service to their Cheyney family. I applaud Cheyney University and Thompson/Compass for doing the right thing and correcting this injustice.

For our union, this was no small victory. It proved that, when we fight for the rights of the low wage workers we represent, we can win if we are able to build a campaign from the ground up that educates a broad audience about the challenges that workers face every day just to feed their families.

We will be applying these same tactics in the future as we continue to fight for the rights of other low wage workers in industries like food service and the commercial laundry business, where fly-by-night operations paying cash under the table and no taxes are undercutting the foundation of decent employers who respect their workers.

These are the fights that we believe will help to grow our economy in a positive way.