Fatherhood is a gift! 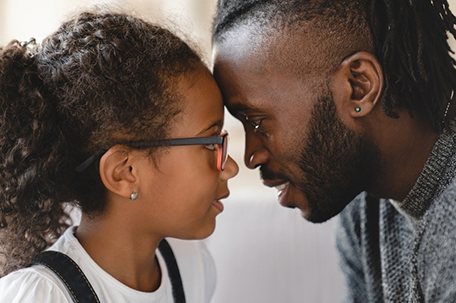 There are many men who come to mind as we celebrate Father’s Day.

Of course, I have thoughts of my own father (now deceased) who was a musician, progressive, smart, an entrepreneur, and a great sportsman — years ahead of his time.

I think of my grandfather, son, uncles, pastors, and other male role models who have greatly impacted my life. I am blessed to have a wonderful husband, who is the best father one could ask for to our grown adult daughters. As a teacher, school band leader, businessman, and now COO of an academy, his dedication to children is reflected each day in many ways.

Our blended family is enriched as my girls have the benefit of David in their lives. The love, dedication, and support through the years from their father, who has not only been a dedicated dad to his children, but also sacrificed to make life better for all children through his military service and continued support of veterans throughout the nation.

Philadelphia has had a long history of political giants who have served as fathers to all the children in our city and Commonwealth through the laws they have enacted.  We’ve had elected officials who were generous in their love and support, striving to make life better for foster children, children in poverty, children from single parent homes, or children of the incarcerated.

These leaders have created safety nets that would ensure that all children received needed resources, enabling them to thrive, and have passed legislation giving them legitimacy and stature. I immediately think of the late Senator Hardy Williams.

In every sphere, we can think of fathers, mentors, male role models, or father figures who have made a difference. We find them in the arts, finance, media, academia, law, health, education, religion, and sports. This list is by no means complete.

No matter what industry or medium you name, someone will immediately come to mind. Someone who influenced and impacted children’s lives for the better. Such gentlemen or father figures are the role models for children all over the world.

On this Father’s Day, as we wrestle with gun violence and a multitude of other social, political, and economic issues, I would like to draw our attention to a father who has quietly, successfully, and industriously been making a difference for the children of Philadelphia. He is, by far, not the only father that could be mentioned, but he immediately comes to mind — Sam Staten, Jr.

Staten has the vision, will and determination to make a difference economically, educationally, financially, socially, and emotionally for children. He has great eloquence, style, and flair as he champions working families. Staten has been fighting the good fight to make life better for working families for over 40 years. His efforts have included the families of District Council #332, as well as the children and families of Philadelphia. The charitable efforts of District Council #332 are evidenced by over 1.8 million dollars in donations to a plethora of non-profit organizations providing college scholarships, homeless prevention, health, nursery service, fair housing advocacy, community development and much, much more. Staten advocates for working families in board rooms, courtrooms, demonstration lines, and at the polls. He is a risk taker, a trendsetter, and puts the “extra” in extraordinary. His unique gifts, talents, and skills have been recognized and applauded by The Laborers’ International Union of North America (LIUNA) District Council 332.

Staten makes us proud — in Philadelphia, the commonwealth and beyond.

Of course, it comes as no surprise, because he had the best role model, teacher, and example — his father, Sam Staten, Sr., who climbed the ranks of Laborer’s District Council 332, becoming business manager in 1973 until his retirement in 2008. Staten Sr. — an icon in Philadelphia — paved the way, making District Council 332 an exceptional place to work.

Historically, under his leadership, as well as today, District Council 332 is known for its power and influence, establishing training facilities, apprenticeships, scholarships, community partnerships, politics, and a lot more.

As I think about fathers, men making a difference, men who care not only about their children but all children, dads who impact lives and are willing to take on the toughest problems without fear of recrimination, I think of District Council 332. Its leadership has a stellar history and exceptional record that is incomparable.

Thank you for all you are doing for working families and for the children of our city.  Your examples of fatherhood, manhood, and Black leadership are commendable.  I salute you this Father’s Day!

Presents with purpose: Gift ideas that make an impact

A Lawful Truth: Mice or Men? The gift of being a father