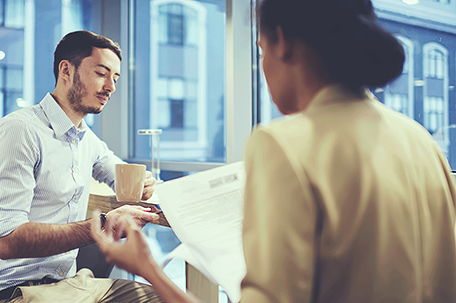 In a sense, the word “communication” is relatively vague. I suppose that explains why most people have the misconception that it’s an easy thing to do.

I dedicated my undergraduate tenure to a major in Communication Studies, and although I learned a great deal during my college sojourn, I think the most important takeaway was that there’s a stark difference between communicating effectively and talking. Somehow, the two are often conflated, though they don’t necessarily need each other to “function.”

Communication is an undervalued and often disregarded practice, but the truth is without it, the world would cease to exist. Any and everything you could possibly imagine, to some extent, was conceived through the process of communicating. Fortunately, I was given the chance to learn about many of the intricacies that have made it so complex — however, not everyone has been extended that same grace.

Most people believe that they’re great communicators, but if that was so, the world would be a much more suitable place to live. Because most of us know how to talk, but don’t know how to communicate, it’s possible that many of the relationships we deem most important are likely surface level and uninspired. Paying attention is just as, if not more, important than actual words themselves.

There are multiple methods of communicating that we employ on a consistent basis, but that doesn’t mean that we’re experts. In fact, I assume the majority of us are not. Effective communication is active listening and paying attention to others’ body language. It forces you to foster your thoughts and be responsible with your tongue, and is often non-verbal; per my experience, humans aren’t adept at multitasking, which makes communicating a rather daunting task.

I’ve often heard mathematicians and scientists talk about how facile a concentration in communication is, as if it’s not important — an opinion that is both flawed and unfounded. Communication — in any form — is the root of all life. Without it, there would be nothing. Whether you’re dealing with numbers, letters, or foreign symbols, the ultimate goal is to transfer information, form comprehensive thoughts and to ask questions and seek answers. Simple concept. Difficult task.

Having the ability to communicate effectively is vital, because it’s essential in every aspect of life, from personal to professional.

For the past few months, I’ve been writing a weekly article for the SUN, but truthfully, each article is a bit more difficult than the last. Writing is an essential component of effective communication as well, which is why it only gets harder. The more I grow as a writer, the more critical I am of my work.

Journalists, like myself, need to have an even deeper understanding of communication. We are compensated for our ability to tell, to explain, to show, and to persuade. We are trained to convey emotion through the use of words, syntax, cadence, etc., but that takes work. And contrary to popular belief, if done well, what we do is far from easy.

Aside from the external means of communication that I mentioned above, it’s also important to communicate inwardly. The thoughts you allow to permeate your mind have a grave effect on your life and coincidentally, the way you communicate with others as well. Having an honest understanding of who you are not only allows you to grow as a person, but it also allows you to be better all around.

If you’re struggling with being able to communicate, which we all do at times, here are some tips that may help.

1. Regardless of whether you’re a writer or not, journal/write down EVERYTHING.

2. Listen to understand and not to respond.

3. Be more intentional with your words.

4. Pay attention to everything

The task, though it seems simple, is difficult to do. The simplest example is right in front of us —  on the news. Our recent efforts to communicate with one another have been especially ineffective. Misunderstandings, miscommunications, and even violence has plagued us, and the root of it is that we don’t communicate with one another. Ineffective communication seems to be guiding us further down the path of divisiveness and discontentment. In order to reverse the current course of what’s happening in our communities, we must pay more attention to what we say, hear, think, and do. Change starts within, and things will only improve once when we commit to relearning everything we thought we’d already known.