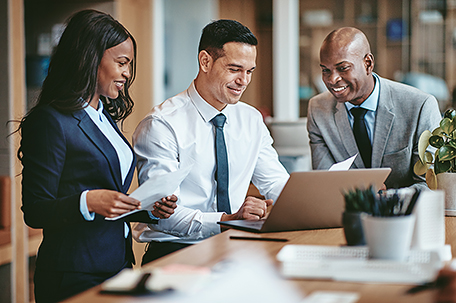 Systemic and institutional racism and its associated privileges are cancers that kill Blacks across the economic spectrum and provide advantages, which are monetized by privileged beneficiaries.

At this American tipping point, the character, courage and inclusive response of Philadelphia’s Black and white leaders will be recorded and judged by history. A damning reality: Dr. King’s 1963 “I Have a Dream” speech still describes Philadelphia and America in 2020. It should be unacceptable on our watch that Philadelphia remains a tale of two cities and the poorest big city in America.

As Philadelphia — individually and collectively — responds to racism, violence should be condemned but addressed as a separate issue. It also must be factored in that the American response to racism has cemented the Black Lives Matter movement, and that “Black Lives Matter” being painted on city streets, displayed on professional and college uniforms and showcased on TV has crystallized our responsibility to lift the invisible American weight affixed to Blacks at birth. A weight that necessitates Black parents having to tell their children that they have to be twice as good and work twice as hard.

A necessary response to racism requires a team of “all in” diverse leaders defining the changes and investments necessary to give Blacks access to competitive public education and unweighted opportunities to realize our God given potential. Business, labor, faith based, civic, institution and foundation leaders must partner in redistributing wealth to level the playing field and eliminate social and economic disparities that have disadvantaged Blacks for generations. Opportunity must be equally accessible to Black women and men. Local chambers of commerce are essential partners, because redistributing wealth and transformative change requires serious private sector investments in reducing poverty, improving public education and growing competitive Black businesses.

As role models, the team and city leaders should participate in unconscious bias training. Unconscious bias produces decisions prompted by subconscious prejudgements about Black capabilities. It is a primary contributor to racism.

David Williams, a Harvard professor reported that up to 80% of whites with no explicit racial prejudices possess prejudgments that produce Black disparities and inequities in decision making. Bias training is important, because to confront and overcome racism requires changed behavior and decision making, particularly by white men. Despite civil rights, criminal justice and anti-discrimination laws, racism celebrates in the winner’s circle. Laws articulate intent, but do not produce change without the strategic and purposeful exercise of power and discretion.

White men — the primary beneficiaries of privilege, control the balance of power and discretion necessary to deliver transformative outcomes benefitting Blacks across the economic spectrum. Their decisions are the variable that will determine whether America becomes a more perfect union.

At this tipping point, business and institution leaders should also consider revisiting mission, vision and core value statements to provide a blueprint for future generations. As business leaders consider the value of investments in public education, poverty and workforce development, remember the beneficiaries are current and potential customers, who contribute to shareholder value. McKinsey & Company recently reported that reducing poverty would be an important contributor to increasing GDP.

Philadelphia’s private sector leaders partnering with the public sector and Black leaders can produce a post COVID-19 Philadelphia with a national reputation for delivering racial equity to Blacks and the Black community. Emerging from the pandemic with that reputation would generate economic and marketing good will and provide powerful destination city and business attraction messaging. However, as neighborhood residents process COVID-19, acts of police violence against Blacks, and their essential role in the city’s economy, there is not instinctive trust. They question whether there will be progressive and transformative change or expanding gentrification and displacement.

The Chamber’s Recovery Taskforce has issued specific Black participation, but the response to Black issues is integrated into their recovery plan. The Economy League is pressing for increased spending with Black businesses by local businesses and institutions.

However, the Chamber and Economy League work does not attack racism — the 800-pound gorilla. Addressing economic recovery without consideration of poverty and education, rings hollow in neighborhoods where little has changed for decades, except projects producing jobs and profits for nonresidents. At this tipping point, there should be a commitment to changing the trajectory of the lives of Philadelphia’s most vulnerable citizens.

Although businesses and institutions have not addressed education and poverty, commitments have been made that will benefit the middle class: (i) diversifying workforces from blue collar to c-suites and boards and (ii) increasing spending with Black businesses. Workforce protocols must be adopted to protect diversity going forward.

For example, there is no track record for Black CEOs being succeeded by Blacks. One and done and empty pipelines is not a formula for sustained change. Current procurement programs underperform, because success is measured based on spending. Annual spending increases do not measure a program’s impact on individual Black business growth. To maximize impact programs should affirmatively pursue growing Black businesses to competitive scale (capacity, employee growth, retained earnings, access to capital). Growing businesses create living wage jobs, help reduce poverty, improve the quality of life and safety in challenged neighborhoods, increase state and local revenues and create generational wealth. These indirect benefits make the greatest contributions to overcoming racism by business and institution programs. Programs too often prioritize small businesses that have no pathway to growth.

Given Philadelphia’s changing racial and ethnic mix, multicultural relationships will have added importance. The segregated tables at lunch and dinner tables reflect the scarcity of Black and white personal relationships and friendships.

Over the last four years, a group has hosted continental breakfasts for over 1500 people to facilitate new relationships and friendships. Leadership Philadelphia is doing important work in this space, and the pursuit of multicultural relationships should be expanded. Without better understanding and relationships between Black and white Philadelphians, it is hard to project how racism and privilege do not remain challenging and divisive race-based cancers.

As someone engaged in public life in Philadelphia for over 40 years, there is a sense of anger, frustration and failure that Black children, teenagers, college students, young adults and professionals continue to be exposed to painful and punitive race-based experiences. Experiences weathered in silence for the same reasons women remained silent for decades re sexual harassment. Race-based experiences occur daily in Black lives that mirror my historical encounters.

My high school guidance counselor advised skipping the University of Pennsylvania to avoid being embarrassed. I was Penn’s starting quarterback as a freshman, but wasn’t allowed to compete for quarterback as a sophomore. On Zoom recently, 75 Black football alumni shared school and team frustrations that included not being connected to internships and career opportunities, like their white teammates. At a law firm associate assigned to a major project, less experienced white associates received substantive assignments, while I was dispatched to measure square footage at installation sites.

During my legal career, despite public service and recognition, white referrals have come only when Black decision makers were critical to outcomes.

We aspire to be seen as Black. It connects to history in Africa, the Caribbean and America and is a source of pride. We also have the objective ability to distinguish between unpleasant, hard to take decisions and race-based, leap-frogging decisions.

This is a time when leaders and individuals can and should contribute to change. It requires getting beyond the conclusion that I and my company are not the problem. For each of us, if we are not part of the solution, we are part of the PROBLEM.

The State of Equality and Justice in America: Masters of our own fate

How to use your home equity in retirement