Enough with the racism in the rooftop solar industry 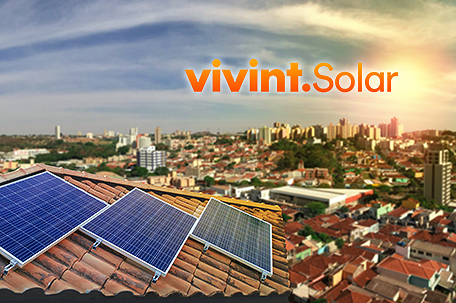 Recently news came out that the electronics retailer Best Buy, decided to reconsider their partnership with a company called Vivint. The partnership allowed Vivint employees to work inside Best Buy stores, to sell Best Buy customers products capable of reducing their home’s energy usage. The potential decision by Best Buy is apparently just business, but it is a welcome piece of news because Vivint seemingly has a problem with African-Americans.

Vivint isn’t alone when it comes to struggling with race. There has always been bigotry in this country. In 2018, thanks to the leaders of the Civil Rights Movement who risked their lives fighting for equality and justice, things are much improved. But these days some racists in this country are feeling encouraged to express their ugly views in public or discriminate against people of color.

Recently, Vivint Solar —  one of the largest sellers of solar panels in this country — was sued in California by a Black employee who alleges his superiors likened him to a monkey, used a racial epithet against him and that his coworkers used cardboard boxes to build a fort around their desks that was marked as “White only.”   The complainant’s lawyer provided pictures of this absurd and abhorrent cardboard façade to the media, and the “Washington Post” published its photo.

David Bywater, the top executive at Vivint Solar, told the media that he was “deeply disturbed” by these allegations and “I want to firmly state that Vivint Solar has a zero-tolerance policy for racial discrimination and harassment in the workplace. Our company is built on the strength of diversity.” This is precisely what a CEO is supposed to say, but a person of conscience would back them up with action. A deeper dive into Vivint’s practices makes me question Bywater’s sincerity.

In March, Hector Balderas, the Attorney General of New Mexico, filed a 17-count civil complaint against Vivint Solar, accusing them of fraud, racketeering, and unfair business practices. Balderas says the company which sells rooftop solar panels employed “high-pressure sales techniques and procedures designed to mislead consumers” and lock their customers into contracts lasting 20 years, with rates that increase “by over 72 percent,” as the agreement matures. Also, according to the Balderas’ office: “The complaint also charges Vivint with filing improper notices in consumer real estate records that operate to cloud titles, and in some cases making it difficult for New Mexico consumers to sell their homes.”  There is some evidence that consumers of color and low-income consumers are targeted for these pressure tactics.

Vivint Solar is connected to Vivint Home Security, a company that also has had its run-ins with the law. Last year, Texas Attorney General Ken Paxson reached a settlement with the company for allegations the company violated the Texas Deceptive Trade Practices Act. This, combined with the action by the New Mexico Attorney General, paints a picture of a company that is not treating customers fairly.

I’ve been interested in the solar industry because it is an expanding industry that increasingly provides new opportunities. However, there also seems to be additional opportunities to exploit consumers, especially minority consumers. I’ve written about my concerns about the ways the industry targets less sophisticated consumers, echoing concerns raised by several members of Congress in a letter to the Consumer Financial Protection Bureau in early 2017. In response to my concerns, the Solar Energy Industry Association (SEIA) used a consultant to harass me and my staff. I received and accepted an apology from the CEO of SEIA. I hoped they were sincere in their stated concerns about consumer protection and also about diversity in their industry.

But Vivint Solar, with its “Whites only” fort, is a member of SEIA. Vivint’s actions seem inconsistent with SEIA’s stated values. What must they do? I have some ideas:

First, SEIA should ask Vivint Solar to leave their trade association. If SEIA wants to represent rooftop solar makers that respect consumers and employees, then Vivint Solar is a wrong choice. If SEIA doesn’t take action against Vivint Solar, there is no accountability, which only further erodes trust with minority communities.

Further, SEIA should back up their statement that “CEO,Abby Hopper, has established diversity of solar’s workforce and customer base as among her top three priorities” and their “Diversity Best Practices Guide” by funding and hosting consumer education seminars around the country to better inform consumers — and minorities — about their rights when it comes to rooftop solar.

I have always been excited about the ways solar energy can reduce our dependence on fossil fuel as a power source. But the solar energy movement is crippled when companies like Vivint Solar both take advantage of customers and discriminate against minorities. It’s not enough to have a “Diversity Best Practices Guide”. SEIA needs to let best practices be their guide in their dealings with Vivint Solar. Silence is complicity. It is time for good people to stand up against racism. Best Buy, SEIA – what say you?

Julianne Malveaux is an author and economist. Her latest book “Are We Better Off? Race, Obama and Public Policy” is available viawww.amazon.com for booking, wholesale inquiries or for more info visit www.juliannemalveaux.com