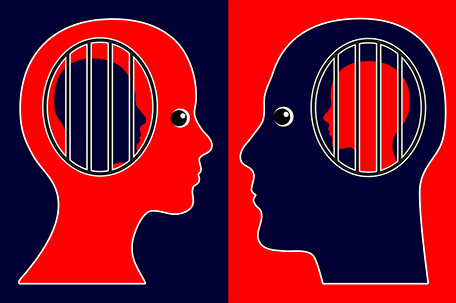 I am Caucasian and am slowly coming around and trying very hard to understand that it is not the race of a person that is bad, but the way people have been raised and the choices they make in life. It is so easy to blame the whole race when one or a few have slighted you because I have been guilty of the same thing. I accepted Christ in my heart a few years ago, but still have struggles with many issues and try so hard to leave it up to God and pray about it. I have made some enemies prior to this and some people I have offended still hold grudges so I don’t know what to do about that.

I am struggling with accepting people of other faiths and races. If you are a true Christian, you should do this. But because I was so judgmental prior to being a good Christian, it is like old habits die hard. Some black people I have offended in the past still hold grudges against me and think I dislike their race, but I have Bible study weekly with a black woman I just absolutely love. I also do social things with a couple of the black neighbors near me so this is just not true. How do I deal with this? They are thinking of the “old” me when I did judge people by the color of their skin but now I try very hard not to. Can you help me with this?

I was deeply moved by your e-mail and the difficulty of your plight. The fact that you are struggling so indicates that you are a woman of conscience and character. I applaud your remarkable progress.

The most important lesson I have learned from writing this column is the extent to which race has created hardships, anxiety and suffering for white Americans. Many older adults, whose parents taught them that blacks were inferior, now struggle to accept blacks as equals. Although necessary, it’s not easy. Some find themselves at odds with their families.

Americans like you, who audit their actions, beliefs and words, are the force that’s advancing racial and ethnic progress.

Some black Americans have yet to reach a point where they are able to celebrate with you. Those who view you as you once were are biased, and their lens keeps them from seeing the truth. As an African-American, I have been in situations where others dismiss my achievements or beliefs because they can only see the color of my skin.

We are traveling in the same leaky boat. Instead of assigning blame, we ought to be working together to plug the holes so one day we can reach solid ground. The next time an African American judges you as the “old” you, ask these two simple questions: Have you encountered a white person who continues to treat blacks as second-class citizens? How did that make you feel? Tell the person how you feel. No matter what the color of your skin, the advice for counteracting racial bias is the same:

• Never give others the power to determine your self worth.

• Show others how to live, but avoid offering criticism.

• Surround yourself with the people who can appreciate and recognize your achievements.

• Accept those who remain stuck in the past, but help them find an escape from that prison they have built for themselves.