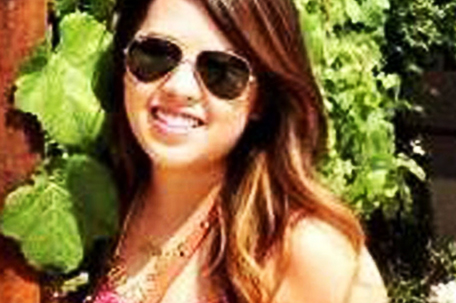 By Matt Sedensky and Martha Mendoza

DALLAS— A Liberian Ebola patient was left in an open area of a Dallas emergency room for hours, and nurses treating him worked without proper protective gear and faced constantly changing protocols, according to a statement released by the nation’s largest nurses’ union.

Among those nurses was Nina Pham, 26, who has been hospitalized since Friday after catching Ebola while caring for Thomas Eric Duncan, the first person diagnosed with the virus in the U.S. He died last week.

Public-health authorities announced Wednesday that a second Texas Health Presbyterian Hospital health care worker had tested positive for Ebola, raising more questions about whether American hospitals and their staffs are adequately prepared to contain the virus.

The Centers for Disease Control and Prevention has said some breach of protocol probably sickened Pham, but National Nurses United contends the protocols were either non-existent or changed constantly after Duncan arrived in the emergency room by ambulance on Sept. 28.

Medical records provided to The Associated Press by Duncan’s family show that Pham helped care for him throughout his hospital stay, including the day he arrived in intensive care with diarrhea, abdominal pain, nausea and vomiting, and the day before he died.

When Pham’s mother learned she was caring for Duncan, she tried to reassure her that she would be safe.

Duncan’s medical records make numerous mentions of protective gear worn by hospital staff, and Pham herself notes wearing the gear in visits to Duncan’s room. But there is no indication in the records of her first encounter with Duncan, on Sept. 29, that Pham donned any protective gear.

Deborah Burger of National Nurses United, who convened a conference call with reporters to relay what she said were concerns of nurses at the hospital, said they were forced to use medical tape to secure openings in their flimsy garments and worried that their necks and heads were exposed as they cared for Duncan.

RoseAnn DeMoro, executive director of Nurses United, said the statement came from “several” and “a few” nurses, but she refused repeated inquiries to state how many. She said the organization had vetted the claims, and that the nurses cited were in a position to know what had occurred at the hospital. She did not specify whether they were among the nurses caring for Duncan.

The nurses allege that his lab samples were allowed to travel through the hospital’s pneumatic tubes, possibly risking contaminating of the specimen-delivery system. They also said that hazardous waste was allowed to pile up to the ceiling.

Wendell Watson, a Presbyterian spokesman, did not respond to specific claims by the nurses but said the hospital has not received similar complaints.

“Patient and employee safety is our greatest priority, and we take compliance very seriously,” he said in a statement. He said the hospital would “review and respond to any concerns raised by our nurses and all employees.”

The nurses’ statement said they had to “interact with Mr. Duncan with whatever protective equipment was available,” even as he produced “a lot of contagious fluids.” Duncan’s medical records underscore that concern. They also say nurses treating Duncan were also caring for other patients in the hospital and that, in the face of constantly shifting guidelines, they were allowed to follow whichever ones they chose.

When Ebola was suspected but unconfirmed, a doctor wrote that use of disposable shoe covers should also be considered. At that point, by all protocols, shoe covers should have been mandatory to prevent anyone from tracking contagious body fluids around the hospital.

A few days later, however, entries in the hospital charts suggest that protection was improving.

The Presbyterian nurses are not represented by Nurses United or any other union. DeMoro and Burger said the nurses claimed they had been warned by the hospital not to speak to reporters or they would be fired.

The AP has attempted since last week to contact dozens of individuals involved in Duncan’s care. Those who responded to reporters’ inquiries have so far been unwilling to speak.

David R. Wright, deputy regional administrator for the U.S. Centers for Medicare & Medicaid Services, which monitors patient safety and has the authority to withhold federal funding, said his agency is going to want to get all of the information the nurses provided.

“We can’t talk about whether we’re going to investigate or not, but we’d be interested in hearing that information,” he said.

CDC officials did not immediately respond to requests for comment.

Duncan first sought care at the hospital’s ER late on Sept. 25 and was sent home the next morning. He was rushed by ambulance back to the hospital on Sept. 28. Unlike his first visit, mention of his recent arrival from Liberia immediately roused suspicion of an Ebola risk, records show.

The CDC said 76 staff members at the hospital could have been exposed to Duncan after his second ER visit. Another 48 people who may have had contact with him before he was isolated are being monitored. Pham remained hospitalized Tuesday in good condition and said in a statement that she was doing well.

The Rev. Jim Khoi, pastor at Our Lady of Fatima Church in Fort Worth, which Pham’s family attends, said the 2010 Texas Christian University nursing school graduate appeared to be in good spirits when she spoke to her mother via video chat.

Pham’s mother, Ngoc Pham, is “calm,” Khoi said. “She trusts in God. And she asks for prayers.”