The Cultural Coach: When Will the Divisiveness End? 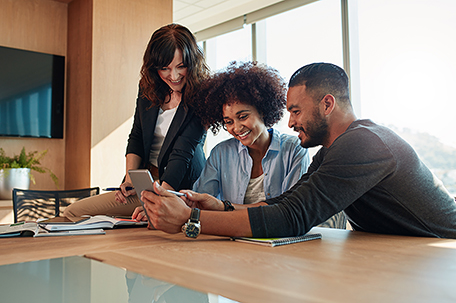 It’s discouraging that we make little progress in overcoming divisions. Behold! We have a new one — the reds and the blues. Can’t we put a stop to this before it goes any further?

Political, racial and religious divisiveness will continue as long as the majority of decent people continue to promote special interests rather than the common good.

Years ago I participated in an interesting management training exercise. A group of reporters, photographers and newspaper editors played a game in which teams were offered a chance to either rack up big points or take a stance that supported the interests of the broader group.

If all teams voted to support the group’s common interests, then each would split the points awarded during that round. However, if just one team broke ranks, that team collected all the points and the rest of the teams had points taken away.

Since our facilitator did not define the game’s objectives for us, we had to figure out how to “win”. If our team voted to protect the group’s interests but others did not, our team would end up with a point deficit. (Did having fewer points make us a loser?) If we voted to protect our team’s self-interest, then we might score big, but our community would end up worse off.

Did putting self-interest first ultimately make us losers or winners? Each management team had to identify its core values before it could decide how to vote.

Americans are in much the same situation as the players in this game. When all teams work together, the group wins because it is stronger, and more cohesive. When groups choose to put self-interest ahead of the community, individuals may thrive, but the population grows more fragmented and more vulnerable.

You asked me what we can do to stop the divisiveness. Well, we have to validate differences, and learn how to compromise. Each political perspective has its unique set of blind spots. When we stand side by side, we can see what the other guy can’t see.We are stronger, together.

The sensible answer is to look both ways, and keep your eyes and heart open.

After November’s election, I heard from many Americans who pledged to work for inclusiveness and against divisiveness. Following a post-election column on the need to learn how to disagree, I received thought-provoking e-mails from people who seek to unite us.

How to cut the tension

The Cultural Coach: Guilt is good, at least when it comes to race

The Cultural Coach: Workplaces need to address hidden biases so all workers can succeed