The Cultural Coach: Talk to your doctor about racism, please! 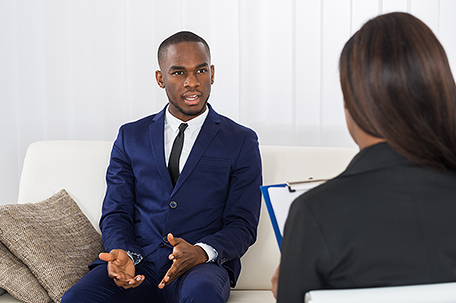 A few weeks ago, I had cataract surgery.

Thankfully, the surgery went well, but that day in the hospital was an emotional rollercoaster. I’m still mad at my eyes for making the rest of me have to go through this.

You see, the Philadelphia hospital unit where I was admitted as a day patient didn’t have a large African American clientele. While my opthalmolgist was African American, something I mention only because I make a practice of supporting medical professionals who understand my cultural beliefs, issues and needs, most of the nurses and doctors were European American.

And, the most awful question of the day? “Really, you like your curly hair?’

My disappointment comes from having imagined a hospital stay where I was treated like a highly intelligent, capable human being. In my mind, healthcare workers would be attentive and busy explaining what was about to happen, and offering me assurances I was in good hands, and everything would be okay. Their chitchat about their upcoming weekend jaunts to the shore would be postponed until after I left

I am sharing this story because the next time you visit your doctor, you might not want to hold back on telling that story about the motorist who called you the “N” word or the African American who called you a honkie.

Discrimination, it appears, can adversely affect your health. That is the conclusion reached by Rice University sociologists Jenifer Bratter and Bridget Gorman in their study, “Is Discrimination an Equal Opportunity Risk? Racial Experiences, Socio-economic Status and Health Status Among Black and White Adults.”

The authors examined data containing measures of social class, race and perceived discriminatory behavior and found that approximately 18 percent of blacks and 4 percent of whites reported higher levels of emotional upset and/or physical symptoms due to race-based treatment.

“Discriminatory behavior very well may be a ‘missing link’ in the analysis of racial and ethnic health disparities,” Bratter said. “It’s important to acknowledge and study its impact on long-term health.

Given these findings, here’s a few questions cultural learners might ask: If communities successfully reduce discrimination, might they also bring down healthcare costs? If companies eliminate racial, religious and gender biases, might their increase workforce wellness and boost productivity?And, let’s say there is a Presidential candidate who makes racially charged statements that cause hurt and turmoil, should HE be asked about the economic consequences that accompany this statement or position? Should we send him the bill?

The answer to each of these questions is yes.

Unlike most of the research on this topic, Bratter and Gorman’s study examines the health risks of discrimination among both whites and blacks, as opposed to just blacks. Their analysis was based on data from the 2004 wave of the Behavioral Risk Factor Surveillance System, an ongoing collaborative project between U.S. states and territories and the U.S Centers for Disease Control and Prevention.

“This racially comparative focus is important because we examine whether discrimination is equally harmful to the health status of black and white adults – or whether experiencing discrimination is disproportionately harmful to either black or white adults,” Gorman said. “For example, since, on average, black adults typically experience more health risks in their social and personal environment than white adults (including higher poverty and lower-quality medical insurance), they may be especially vulnerable to negative health effects as a result of racial discrimination.”

Both Bratter and Gorman hope that their research will raise awareness about the impact racial discrimination has on health and wellness.

“Ultimately we hope that practitioners and researchers in the medical field recognize the dual contribution of social class and interpersonal treatment in shaping health outcomes among persons of all racial populations,” Bratter said.