The Cultural Coach: No room for prejudice in the workplace 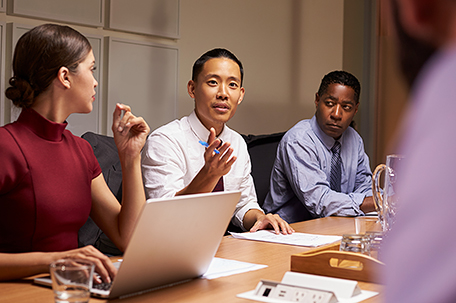 Q: A lot of my friends say they are colorblind, but I wonder if that is possible in such a race-conscious society. Do you think it possible to react in the same way to ethnically diverse communities?

A: It is possible to attain a level of enlightenment where we do not automatically stereotype other cultural groups, but I have yet to meet anyone with that high a level of skill. More of us, I hope, strive to be race-neutral: we seek to control our biases in an effort to treat every cultural and religious group fairly.

Many of the assumptions we make about people who are different are automatic, and we are not fully aware of them. Whenever we attempt to draw conclusions before we have collected all the facts, our cultural filters may prevent us from seeing the full range of possibility.

I wrote a column once that described two bigoted store clerks who had made racially derogatory remarks about a customer. Immediately, several white readers fired off e-mails asking me why I always picked on white Americans. Imagine their surprise when I responded that both of those clerks were African-American.

These thoughtful readers felt strongly that all ethnic groups should be held to the same standards of behavior, but they incorrectly assumed that I, a black columnist, would not write about prejudiced black people. Since the column did not describe the race of either store clerk, the readers’ judgments were based upon assumptions rather than fact.

A growing body of scholarly research indicates that workers are more likely to assume the best about colleagues in their own racial group and the worst about their co-workers who are ethnically different. The best way to protect ourselves against cultural misinterpretations is to check our assumptions with those who are culturally different, according to Michael Morris, the Chavkin-Chang Professor of Leadership in  Columbia University’s Graduate School of Business.

Over the years, Morris and his colleagues have found that two management styles are favored by supervisors in diverse work settings: the “universalist” approach (treat everyone the same) and the “particularist” approach (adjust the treatment according to the worker’s culture).

Both styles have significant drawbacks, Morris has found: the “universalist” may treat workers according to his or her cultural beliefs without even realizing it, while the “particularist” may appear to be overly sympathetic toward employees from minorities.

Over the years, I have stumbled upon a few steps we can take to ensure that our cultural assumptions don’t hinder workplace justice or communication:

The Cultural Coach: What happens when others reveal prejudice to us