The Cultural Coach: No answers if no questions 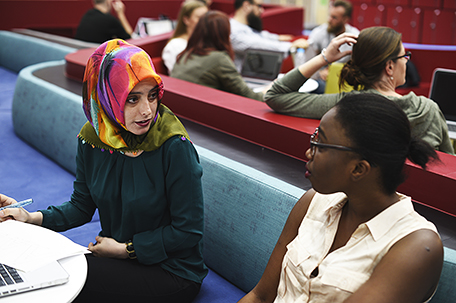 Often in my daily travels, friends and colleagues seek me out to ask interesting questions. Many times they preface their remarks by saying, “This may sound silly to you.”

Answer:  There are no ridiculous questions. Only after we begin to confront our fears and start discussing the very subjects that make us jumpy, will we increase our skill level and cultural knowledge.

Those uncomfortable feelings that come with being outsiders push us to consider new viewpoints. As we learn to anticipate, and even predict, the ways strangers may react to our statement and actions, we minimize the dangers. So ask away.

Dear Cultural Coach: Do you feel that minority politicians better represent the populations of districts that are largely minority?

Answer: It is more productive to evaluate candidates by their level of cultural literacy than by their skin color. I would never vote for a person simply because they were a member of my own race.

The vast majority of Americans prefer candidates who share their cultural values, beliefs and attitudes. Minorities are no different. A Latino, African-American or Asian candidate may indeed have the inside track when it comes to understanding the culture of ethnic communities.

Knowledge is only an asset if it is invested wisely. Therefore, I would argue that minority districts are best represented by individuals who understand the cultures within, and their unique issues. However, they must also be able to relate well to external groups, as consensus is needed to pass bills. This is no different from White districts, who need legislators that can relate culturally to citizens, and work effectively with groups that do not live there.

Dear Cultural Coach: Should you try to communicate with someone who does not like you because of your skin color or religion?

Answer: Many people feel it is best to gather with those who are like-minded and move forward. They don’t see any value in talking to the resisters. I disagree, because from the resisters,  we can learn how to sharpen our messages and expand our circle of influence. As we speak with people with a different mindset, we learn about their deep fears and experiences, and that makes us more effective communicators.

Dear Cultural Coach: If we wanted to learn how terrorists think, would we talk only to the people who are fighting against them?

Answer:  It’s never easy to talk with those who espouse their biases, but for many journalists, teachers, and sales staff, this is all in a day’s work. We don’t have the luxury of refusing to interact with folks who don’t like us. In such cases, we must learn techniques that enable us to hold healthy and productive dialogues. Whenever someone makes an unproven claim to me about a cultural or religious group, I ask them to provide the research. I might say: “Where did you get your information? Who is your source?” Then I focus my conversation on their research techniques. That takes the dialogue into an entirely new direction. In these dialogues, we must resist the temptation to respond by using divisive language. Use of phrases such as “those people,” “them” or “their kind” divides us.

Recently, I received an email from a reader who was commenting on violence in inner-city neighborhoods. The writer consistently referred to residents in low-income communities  as “they,” while using the term “our” in reference to himself and those from many other socioeconomic groups. He had never noticed how his language erected conversational barriers and contributed to the sense of alienation found in many impoverished communities.

Once we change our words to reflect the fact that we are one nation, it is easier to accept the challenges of cultural groups other than our own.

For more information or to ask a question about how to handle cultural issues in your workplace and beyond, go to: www.theculturalcoach.com.