The Cultural Coach: What happens when others reveal prejudice to us 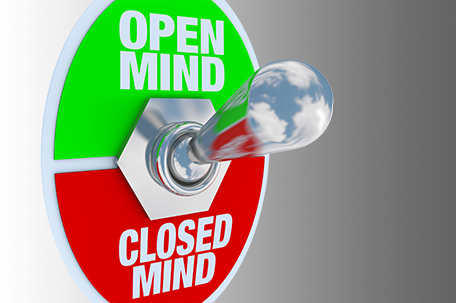 While I was seated on a panel of prospective jurors, the man behind me said three words that made everybody, including the defendant, squirm.

“I am prejudiced,” he calmly told the judge.

Our Philadelphia jury panel was diverse in age, race, ethnicity and income level. Two hours earlier, 40 of us were led into what quickly became a crowded waiting room. The seat beside me was vacant. The young man who later openly declared his prejudice spotted the open seat, looked at me and walked away. He sat somewhere else.

After the final jurors had been selected, our chatty panel’s conversation turned to the remarkable range of biases that had surfaced during the exchanges with the judge. A police officer’s wife said law enforcement officers never lie. A Black man said every person charged with a crime is guilty. An angry young woman told the judge that her family was going to “take care of” a guy who assaulted her, but was never charged.

We so wanted to try to determine which panelists told the truth and which wanted an excuse to get out of jury duty.

What’s interesting is that the white panelists tended to believe that the man who claimed to be prejudiced was lying, while the African-Americans felt he was telling the truth.

Every day, people from many races analyze the same set of facts and reach contradictory conclusions. Our cultures and skin colors influence the sorts of interactions and communication we have with those around us. Each of us files this data in a personal library for use in interpreting future events.

As cultural disagreements or contradictions emerge, our catalogs of experiences, beliefs and values can help us understand what sets us apart. Understanding develops as we become more willing to consider what we don’t yet know, and less inclined to judge solely with the information we already have.

In this case, the jurors’ conclusions may have differed because each had different interactions with this young man.

Minorities might have sensed that the man wanted to put distance between him and them. If they had encountered this isolation or detachment with whites before, then they might have concluded reasonably his behaviors suggested a racial bias. Meanwhile, white panelists may have enjoyed warm interactions with the young man. If he behaved respectfully toward them, they might then reasonably conclude he only wanted to escape jury duty.

There is one other possibility to consider, as well. Though two cultural filters may differ, both still may be right. The man might have been prejudiced and might have played the race card to be excused from jury duty.

When cultural tensions flare, good people often have failed to consider whether they are missing a necessary lesson from the library of life. One person lacks background information regarding sexual orientation, while another lacks an understanding of Islam. Yet, it is difficult to tell which of these must-have volumes are missing until a chance encounter comes along and exposes our blind spots.

The road to inclusion begins with honest self-reflection and the recognition that all of us are biased – no matter what the color of our skin.