The Cultural Coach: Guilt is good, at least when it comes to race 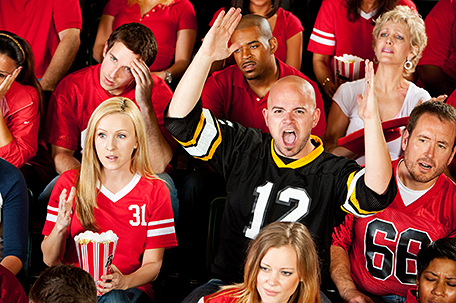 Recently, I sat in the stands with my daughter as we watched two teams battle for a spot in the state basketball tournament. We sat with the parents and supporters of one of the teams’ star player. She is African-American as are we. But her school is in the suburbs, and most of her teammates are white. The opposing team was all African-Americans from the inner city. Outwardly, I cheered for my daughter’s friend and her team, but inwardly I cheered for the inner-city team to win. I don’t feel guilty. Should I?

The fact that you mentioned guilt indicates that, on some level, you may have struggled with this choice. Guilt is most helpful when it prompts us to audit our behavior and assumptions.

Let’s begin this cultural inquiry with a question: How would you have responded if a White American confided in you that he had attended a basketball game, cheered for the all-White team and not felt the least bit guilty? Might you conclude that the White American is racist?

You see, this is the intersection at which we must begin to find answers. Are we racist when we consciously support a member of our cultural team for no other reason than that they look like us, talk like us and, perhaps, share our experiences?

Truthfully, millions of people make this choice daily without ever giving it a second thought. They promote the person with whom they are most comfortable. They vote for the contestants on ‘The Voice’ or ‘America’s Got Talent’ contestant who sing their brand of music. They put their trust in the candidate who reflects their particular values and beliefs.

When we introduce ethnicity or race into the decision, guilt is usually not far behind. We begin to wonder how others will view this choice. We don’t feel guilty because we prefer the color red over blue, or brunettes over blondes. But many of us would feel guilty if someone else noted that we seemed to prefer people with White skin to those with caramel hues.

Preferences are a natural function of a healthy human life. We just want to make life easy on ourselves. However, when our collective preferences begin to limit opportunities for others, or cause them harm or injury, then we have a legal, moral and ethical problem. We’ve decided that equal opportunity is a principle worth little sacrifice.

All of us must conduct cultural audits so we are fully aware of our automatic biases and able to manage and control their effects.

The basketball game forced you to open your eyes to what’s within your heart. You are a team player. You want your own to excel. Perhaps you feel that their success strengthens you. Support your cultural team, but follow the rules of fair play.

Now that you are aware of this bias, you have an obligation to audit your behavior. Does that automatic preference limit your ability to be fair to White colleagues or to make objective decisions? For instance, would your bias keep you from making a decision to shut down an unprofitable store in an African-American neighborhood? Would it keep you from firing a Black employee who lacked the appropriate skill sets to support the organizational goals and objectives?

In the game of life, no referees watch us play. A well-thought-out game plan can defeat the urges to give our own team a break.