The Cultural Coach: Flexibility is necessary to let us gain insights 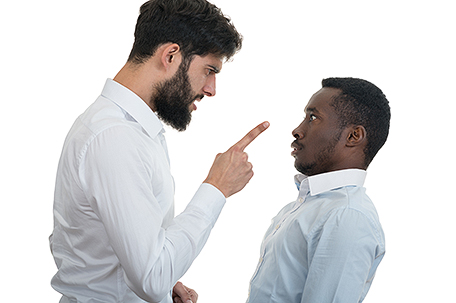 Answer:  Flexibility, allows us to gain insights that we might not otherwise see.

With that in mind, let’s consider the plight of two best friends, Betty and Susan. Betty is a recent widow who lost her husband to lung cancer. Susan is a 20-year smoker who is trying, desperately, to quit.

Out of pain, Betty lashes out at Susan one day. “Don’t you see what you are doing to yourself? You are killing yourself.”

If Betty had made that statement to a casual acquaintance or a work colleague she didn’t really know, it is quite likely that person would have been highly offended. Misunderstandings are far more likely when individuals and ethnic groups do not have close contact or common experiences.

Casual dialogues with coworkers are important because they provide us with easily accessible cultural and personal data that can help us interpret daily remarks with greater precision and accuracy.

As colleagues learn that Betty’s husband recently died of lung cancer, they will consider her grief and be much more forgiving. Susan, in fact, responds to Betty’s tirade by comforting her.

When two individuals enjoy a close personal connection, verbal misfires do far less damage. If former President Bill Clinton had used the term “nappy-headed ho,” many in the African-American community would have been inclined to forgive him. Clinton shows a strong sensitivity to minority issues, while Don Imus’ diversity bank account has far less capital to spend.

Imus’ use of the term cost him his syndicated radio program. He was criticized because many listeners, Whites included, felt his joke was not intended to amuse but rather to gain ratings by reinforcing cruel racial stereotypes.

In the e-mail, the Houston reader notes the same offensive term is used regularly by some young African-Americans. Though I would never use the term “nappy-headed hos,” I try to understand the context. When a word cuts one deeply like a knife, we may try to avoid injury by giving that word a “hip” meaning. Recently, a colleague referred to my friend and me as “the cream-puff sisters,” meaning that he considers us far too nice in high-stakes business situations. Rather than take offense, we started calling ourselves the cream puffs. This seemingly offensive term is our tool for marketing civility to others.

Some rappers say they want to make over racially – charged terms. And some have less noble aims. I asked a young man to interview rappers to get their reaction to Imus. One of them told him, “When I rap, I make the big money…. I can’t find any other work.”

Never underestimate the power of job training, be it for talk-show hosts or aspiring rappers.