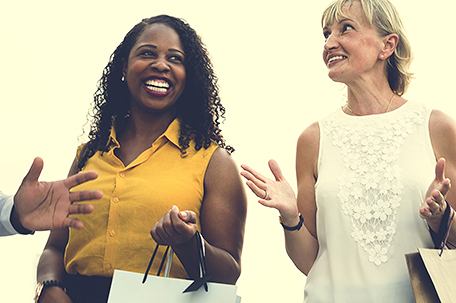 Dear Cultural Coach:  Sometimes, I am afraid to talk to Blacks for fear of saying or doing the wrong thing. I don’t want to be called a bigot. Yet, sometimes I feel that I can’t express my real thoughts. Help!

— Afraid to be me

Answer: Communities that are labeled as “minority” tend to be more sensitive to how their group is portrayed and more likely to monitor treatment. There may be another factor at work, however. Sometimes our words reveal all the bad stuff that we really want to hide from our friends.

For instance, we might tell people we are not prejudiced and feel in our hearts that we are not. But if we make faulty assumptions about other ethnic and racial groups, and then act upon these beliefs, we have acted upon our racial biases.

The good news is nobody is perfect. It is OK to make mistakes, despite what the “politically correct” enforcement cops tell us. Unless we have a friend who can serve as a cultural coach, we are destined to repeat those same mistakes and alienate colleagues without ever understanding why.

Some African Americans have noted code words, questions and behaviors that raise red flags in conversations. Today, I am sharing a few common complaints.

1. Ask questions when you don’t understand an ethnic word or a term. It is OK not to know; it is not OK to remain in the dark because you are afraid to ask.

2. Treat all people with respect. When you see a group of African American youths coming toward you, say good morning and greet them the way you might greet your boss.

3. Ask friends and colleagues if they prefer the term Negro, Black or African American. Ask, as well, if Latino or Hispanic is preferred. And remember,  always say Asian American, not Asians.

4. Watch your language. Rather than say, “That doesn’t make any sense” we might say, “Help me to understand.” This is not political correctness. It is effective communication.

1. Tell a Black person that some of your best friends are Black. If you do, few people will believe you. Many will think that if the person truly were your friend, you would not feel the need to use the term Black to describe them.

2. Ask people of color what their community thinks about an issue.

3. Assume that all people of color grew up in poverty or went to inferior schools. Within an ethnic community, there is great diversity related to income level, education and philosophical views.

4. Assume that a person who speaks English well is white. Many well-spoken people of color complain of having phone conversations with colleagues who are then taken aback when they meet in person.

5. Be paternalistic. People who think that Blacks are not capable of doing a job, and who excuse them from meeting high standards, do more harm to them than do racists.

6. Discount information just because the source is Black. Judge the quality of the information, not the speaker’s color. Black professionals and executives often complain about colleagues who feel they must “check” their information first with a white colleague.

8. Coach a person of color on how to act if you invite him over to your house. If you don’t like the way he acts or talks, you should not extend the invitation.

9. Put down people of other races or religious groups.

10. Limit your conversations with people of color to minority issues.