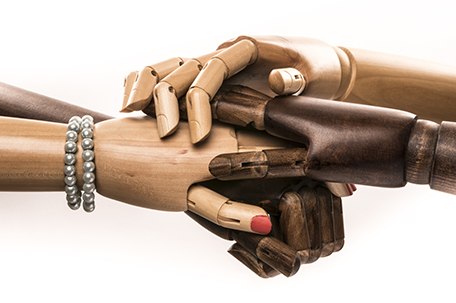 By Linda Wallace
Dear Cultural Coach:
A lady was brought on the plane in a wheelchair because she had broken her ankle in Mexico. She was escorted by a Mexican paramedic. They ended up asking for the seat I was in because she could not stretch out her leg. I moved a row back.
During the flight (a nearby male passenger) talked loudly and made minor verbal jabs at the medic. I won’t bore you with the whole story, but as we were de-planing, this guy told the lady to make sure that she took care of “El Pancho.”
That set me off. I told him in a loud voice that he was a “Big —–” (Sorry, but I lost it for a moment.) He asked, “Why ?” and said he was just having some fun on the plane. I told him that I called him that because he was making fun of other people.
How should I have handled that situation? It was late and I did not want to spend an hour trying to educate a jerk, but he needed to know that his behavior was unacceptable. Afterward, I thought I should have told him that it was unacceptable to denigrate other cultures. What should I have done?
A TEXAN

Dear Texan:
Unfortunately, we can be in the right, and yet still do the wrong thing. Your question underscores one of the most difficult diversity challenges: How can we right wrongs in a voice that demonstrates a sense of understanding and compassion?
Two camps of cultural advocates tend to dominate the diversity landscape: cultural leaders and cultural cops. The cultural cops look for injustice and then arrest folks — figuratively speaking — who do the wrong things. They sometimes justify questionable tactics by pointing out the enormity of these injustices.
Cultural leaders, meanwhile, model effective behaviors and use their quiet voices. Your e-mail clearly indicates that, while you already have the heart of a leader, you need to more fully develop your skill sets.
If you keep moving forward, you will find that it is a privilege, not a burden, to serve as a cultural educator. Ten years ago, I was a cultural cop, focusing more on handing out punishment than on understanding others’ actions. One day, that little voice inside of me asked, “What is it that you want most? Do you want to be right or do you want to be effective?”
From that day forward, I stopped evaluating the beliefs, attitudes and prejudices of others and began to look for ways to increase my own effectiveness. It’s a far easier road, though a much longer journey. Some days, I leap 10 steps forward and two steps backward. That’s OK — it’s still progress.
What you are really asking is how a cultural leader might respond to someone who feels a need to poke fun at others. Well, he or she might extend a handshake, and then a commitment, to the victim of the poison arrow.
“I wish to apologize for that impolite comment,” we might say. “I assure you that this gentleman’s views do not reflect the kind and caring character of our community. If anyone should make you feel unwelcome during your stay, you will always find others who stand ready to help.”
If we stand by and watch as people — most likely those having a sad life or a bad day — intimidate perfect strangers, then we allow the bullies to speak for all of us.
When we stand up for those who are bigotry’s intended target, we give the bullies an unforgettable lesson in compassion.