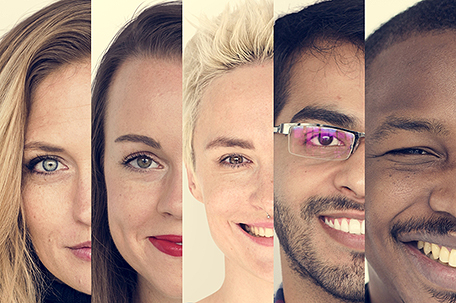 Dear Cultural Coach: I’m advocating for a subtle change in ethnic labeling that I believe could make a huge psychological difference in diffusing many cultural problems. Let’s put the word American first in ethnic labeling; i.e., American-African, American-Mexican, American-Vietnamese, etc. Being “American” first signifies an equal membership in the greater group. Being “ethnic” second takes nothing away from that identity.

Dear Readers: In the past year, columns regarding ethnic names have generated more hate mail and e-mail than any other topic. Each time a White person has written to ask me why I cannot give up my “African” heritage, I flipped the question around and asked if he or she were willing to switch religion for the sake of creating a more “unified America?” Not one person was ready to make such a huge personal sacrifice.

Then Julie came along and invited me to view an old issue in a new way. Her approach to ethnic labels empowers us to view each other in a respectful way because it acknowledges we are equal but we are not alike.

It would unite so many painful divisions if we were to recognize each other as American Democrats, American Republicans, American anti-war protestors, American Jews, American Muslims, American immigrants, and Americans who are heterosexual or gay.

By putting the word “American” first, we acknowledge each other’s rights, including our privilege to disagree and be different. Can anybody out there think of a reason why this won’t work?

Dear Cultural Coach: I am an older white man living in a mixed neighborhood. I, too, recently encountered two African-American youths at a fast-food establishment. I like to believe that I have always respected all races. However, on this occasion I was robbed at gunpoint as were the other patrons who entered over the next few minutes.  Now I am afraid that much of my respect is turning to fear. I don’t know what the answer to this is.

Dear Respect & Fear: While I was in my 20s, a Black teenager beat me over the back of the head with a baseball bat, snatched my purse and then tried to force me back into my car. I shudder to think what would have happened if a motorist had not pulled up, blinding my assailant momentarily with the car lights and providing me an escape.

For many years, I was terrified when I heard the voices of young Black men walking behind me. Working my way through the apprehension and guilt was difficult. The only way to overcome fear is to confront it. After I decided to go out and mentor young Black men who are bright and courageous, my insecurity subsided.

My terror did not end the moment the mugger ran away. One of the White police officers who responded to my call for help wrongly assumed I was White, and made hateful remarks about African-Americans. I was as terrified of him as I had been of my assailant. My distrust of cops lingered until my sister Liz became a sheriff’s deputy. The years she spent patrolling the streets broadened my outlook.

Each race and ethnicity produces people who hate and people who love. We tend to notice the bad in those who are different, and the good in those who look like us. This is a human flaw, not a shortcoming of a particular race.

My advice to you is to join organizations where you will meet exceptional youth of color. Then you will have daily reminders that a teenager’s character, not his color, determines if he will do us harm.