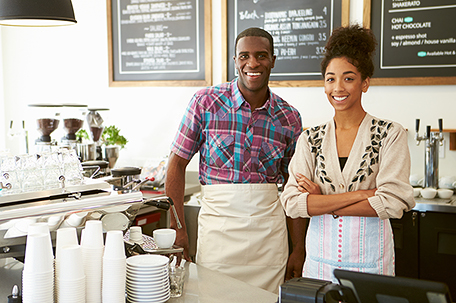 Each year during the Fourth of July holiday season, I inevitably turn my attention to Frederick Douglass’ extraordinary July 5, 1852 oration in Rochester, New York in which he denounced the hypocrisy of a nation that celebrated its “independence” while millions of sons and daughters of Africa were held in bondage as slaves. He declared: “What to the American slave is your Fourth of July? I answer: A day that reveals to him more than all other days in the year, the gross injustice and cruelty to which he is the constant victim.” Of course Africans in America have come a long way since Douglass made this memorable speech. As the Rev. Jesse L. Jackson might put it, “the hands that picked cotton have picked a President.” Our progress notwithstanding, I like to reflect on Douglass’ speech because it compels me to think about the myriad crises we still face as Black people, particularly the maladies afflicting America’s “dark ghettos” (urban inner-city neighborhoods), mass incarceration, an underdeveloped internal economy and persistent wealth gap. The words of Douglass remind us that individual and institutional racism are still alive in the U.S. and remain barriers to the equitable inclusion of black people into this society. Douglass’ words inspire us to be vigilant, to resist and act to promote and defend the interests and aspirations of our people.

I have just returned from participating in Dr. George Fraser’s Power Networking Conference in Dallas. My reflection on Douglass and the season caused me to think about the significance of this annual gathering of Black entrepreneurs, business leaders and professionals as a vehicle to promote the interests and aspirations of Africans in America in the 21st century. In that regard, I thought it useful to revisit the status of the emerging, new African community in the U.S. during the time of Frederick Douglass. In 1852, some 3.5 million Africans were still enslaved while about 500,000 comprised the “quasi-free” African community. Douglass’ Fourth of July oration protesting and denouncing slavery and demanding emancipation was typical of the leadership class of his day. They also protested their status as “quasi-free” blacks who could not vote and enjoy the same privileges of their white counter-parts.

What is often overlooked, however, is that this emerging Black community had another agenda – building an infrastructure of self-sufficient institutions to serve its members/constituents and to enhance its capacity/power to struggle for emancipation and civil rights. Frederick Douglass was not just a great orator and organizer, he founded The North Star newspaper to ensure that Black abolitionists had an independent voice. The North Starwas part of an embryonic but growing Black press as an institution in the Black community. By 1852, Africans in America had founded an independent religious denomination, the African Methodist Episcopal Church, created African Free Schools, convened Colored People’s Conventions to map strategies to achieve full freedom and built mutual aid societies to provide for the proper burial of Black people. These mutual aide societies were the precursors of Black insurance companies and banks. The point is that this newly emerging African community had a duel focus and agenda: protest to achieve emancipation, civil rights and equitable inclusion as citizens, and the development of independent Black social, economic and political institutions to enhance the capacity/power to promote and defend Black interests. The lesson is that we should never forget this duel focus and agenda.

This is why Fraser Net and the Power Networking Conference are incredibly important as Africans in America continue the quest for full freedom in the 21st Century. While not disparaging protest, Dr. George Fraser has devoted his life to relentlessly focusing on building internal capacity/power in the Black community, especially the cultivation of “conscious” entrepreneurs and professionals. As I noted earlier, despite the fact that we have an African American President, there is a “State of Emergency” in America’s dark ghettos. It is undeniable that a crucial aspect of this condition is the gross economic underdevelopment of Black communities. Hence, the urgent need for “conscious” entrepreneurs and business leaders who will contribute to the rescue and restoration of the race; not just “Capitalists,” but “socially responsible” entrepreneurs committed to succeeding while giving back to and building Black communities.

For George Fraser, the process of cultivating conscious entrepreneurs and business leaders begins with culture, African culture — having an awareness of the worldview, history and heritage of forebears who were the first givers of life and civilization! Therefore, every Power Networking Conference begins with an immersion in African history and culture. As is customary, this year that immersion was led by Kwa David Whitaker, George Fraser’s longtime friend and mentor. It featured a brilliant presentation by Anthony Browder, world renowned historian, anthropologist, archeologist, author and entrepreneur. Anthony is the only African American who is currently excavating a burial site in Egypt. His presentations set the tone for the Conference. But, it was not a cultural immersion simply for the sake of an immersion; it was an immersion calculated to inspire the participants to be “conscious” of their history, cultural roots and most importantly the values and principles which must be utilized today to rescue and restore the race.

George Fraser’s keynote address was consistent with this mission and the need to focus on internal capacity/power to finish the unfinished Black freedom struggle as initiated by our ancestors. His major call to action was for Africans in America to “narrow our cultural vision,” to make “Black people great first.” In essence he suggested that if we focus on achieving greatness for Black people, America will be great as a consequence. In the spirit of Marcus Garvey, he was admonishing Black people to put “race first.” And, in a manner that would make W.E.B. Du Bois proud, this call to action was/is intended to have Black people focus on the development of a strong internal Black economy and entrepreneurs/business leaders who can compete with and excel with entrepreneurs of any race, anywhere in the world (people forget that in the 1930’s Du Bois was strongly advocating the development of a Black economic commonwealth).

The cultivation of “conscious” entrepreneurs is indispensable to the achievement of this vision/mission. Therefore Dr. Fraser declared that we must develop the means to “ostracize” those Black people who are nurtured by our community and/or have profited from our support, who do not give back or reinvest in the Black community. He specifically cited Dr. Dre, the new billionaire, who gave millions of dollars to USC but nothing to the United Negro College Fund or a Historically Black College or University (HBCU). He also exhorted the participants to encourage our people to “coalesce around our vision and not our pain.” Our history and heritage of tragedy, trials, tribulations but ultimately triumphs clearly indicate that “where there is a will, there is a way.” Finally, Dr. Fraser, the master teacher and networker extraordinaire, challenged the participants to “connect the dots,” that the development of internal capacity/power will be the result of acting interdependently as opposed to in silos independently, that our destiny as African people is inextricably linked to the willingness of conscious entrepreneurs, professionals and business leaders to embrace each other, learn from each other and act in concert to rescue and restore the race!

It was an awesome keynote address by a visionary leader/teacher/role model. And, it was an awesome Conference. More than one thousand entrepreneurs, professionals and business leaders busied themselves with ninety-six hours of awesome workshops and mentoring sessions — which were living expressions of Ujima – Collective Work and Responsibility and Ujamaa – Cooperative Economics. Dr. George Fraser is creating a “culture of success” and building a “community” of conscious entrepreneurs, professionals and business leaders, committed to rescuing and restoring the race. As we reflect on the meaning of this holiday season for people of African descent, I think Frederick Douglass and his contemporaries would be proud that Fraser Net and the Power Networking Conference are continuing to fulfill their vision/mission!

Dr. Ron Daniels is President of the Institute of the Black World 21st Century and Distinguished Lecturer at York College City University of New York. His articles and essays also appear on the IBW website www.ibw21.org and www.northstarnews.com. To send a message, arrange media interviews or speaking engagements, Dr. Daniels can be reached via email at [email protected]

Blacks must become number one employer of Blacks