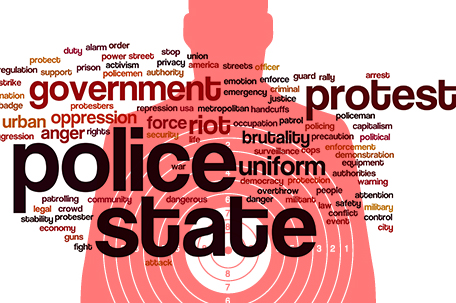 Caught cheating by his wife, comedian Groucho Marx asked, “Who you gonna believe, me or your lying eyes?”

In case after case, when police are caught killing an unarmed African American – and trying to cover it up – they expect us to suspend our sight and our common sense. This is particularly true in the case of 22-year-old Victor White, III in New Iberia, La., about two hours south of his family home of Alexandria, La. and more than two hours west of New Orleans.

Authorities want us to believe that White, who died March 2 in the back seat of a police cruiser, shot himself in the back while his hands were cuffed behind his back. Even the nimblest among us couldn’t pull off such an acrobatic feat.

In a press release issued March 3, Louisiana State Police said, “The initial investigation indicates that last night at about 11:22 p.m., deputies with the Iberia Parish Sheriff’s Office were responding to the report of a fight in the 300 block of Lewis Street. Upon responding to the area, deputies located [Victor] White and discovered he was in possession of illegal narcotics. White was taken into custody, handcuffed behind his back, and transported to the Iberia Parish Sheriff’s Office for processing. Once at the Sheriff’s Office, White became uncooperative and refused to exit the deputy’s patrol vehicle. As the deputy requested assistance from other deputies, White produced a handgun and fired one round striking himself in the back. White was transported to a local hospital by ambulance where he was pronounced dead from an apparent self-inflicted gunshot wound.”

According to the coroner’s report on White, “A small caliber pistol was found and a projectile was found within his shirt.” However, two separate police searches of White prior to his being placed in a patrol car produced no weapon.

An investigation by NBC News revealed that the Iberia Parish coroner’s report found that White was shot in the front, not the back as police had contended. The bullet entered White’s right chest and exited his left armpit. That White could have shot himself in the back while handcuffed behind the back is difficult to fathom. White was left-handed, making it even more implausible that he could have shot himself in the right chest while in police handcuffs.

NBC said the forensic pathologist found gunshot residue in the wound, but not the kind normally associated with a close-range shooting. White’s hands were never tested for gunpowder residue. Two lacerations were found on the left side of White’s face. Still, Dr. Carl Ditch, the Iberia Parish coroner, declared White’s death a suicide.

The Louisiana case is strikingly similar to that of Chavis Carter in Arkansas. Carter also supposedly committed suicide July 28 while in the backseat of a Jonesboro patrol car.

A crime lab report obtained by the Associated Press under a Freedom of Information Act request said, “In consideration of the circumstances of death and after autopsy of the body, it is our opinion that Chavis Carter, a 21-year-old black male, died of a gunshot wound of the head. The agencies responsible for the investigation of his death were the Jonesboro Police Department and the Craighead County Coroner’s Office. They reported that he was detained during a traffic stop.

“He was cuffed and placed into a police car, where apparently he produced a weapon, and despite being handcuffed, shot himself in the head.”

Like Victor White, III, Carter was Black and left handed. Also like the Carter debacle, authorities want us to believe that he managed to conceal a pistol – in Carter’s case, a 380-caliber semi-automatic – during two police pat downs. Despite being left handed, police would have us believe he used his right hand to shoot himself in the right temple.

The Associated Press reported, “Carter’s death came after police stopped a truck in which he was riding. The driver and another passenger eventually were allowed to go, but police said Carter had an outstanding arrest warrant. Court records show it had to do with a drug charge.

“Carter was searched twice and police said they found a small amount of marijuana, but no gun.

After the first search, an officer put Carter into a patrol car without handcuffing him. He was later searched again, handcuffed and returned to the same car.

“Officers a short time later saw Carter slumped over in the backseat and covered in blood, according to the report, which concluded he had managed to conceal a handgun with which he shot himself. He later died at a hospital, and the report listed his death as a suicide.”

George E. Curry, former editor-in-chief of Emerge magazine, is editor-in-chief of the National Newspaper Publishers Association News Service (NNPA) and BlackPressUsa.com. He is a keynote speaker, moderator, and media coach. Curry can be reached through his Web site, www.georgecurry.com. You can also follow him at www.twitter.com/currygeorge and George E. Curry Fan Page on Facebook