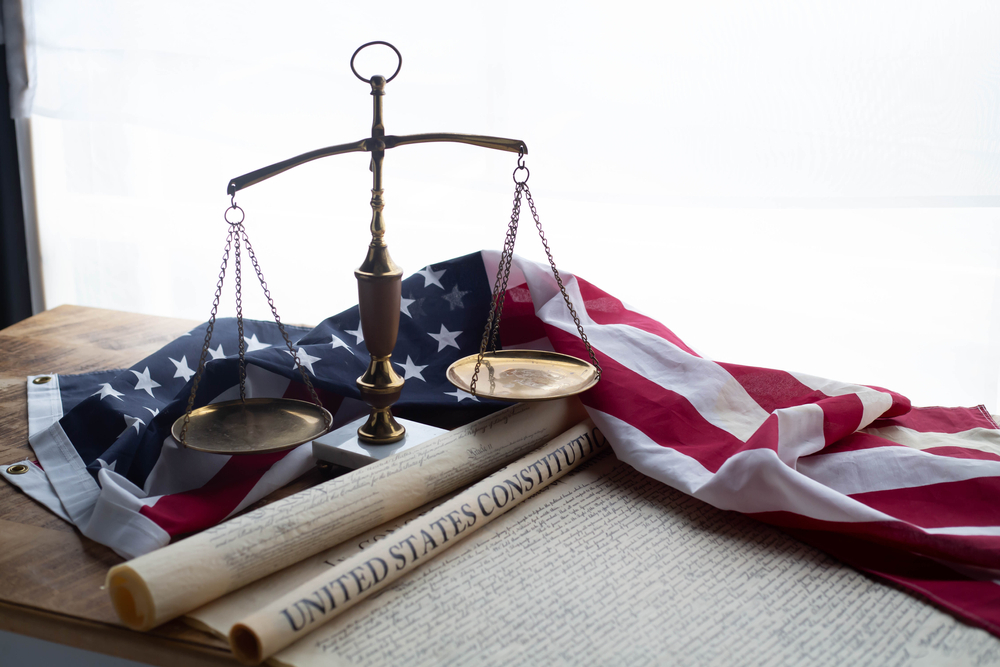 It wasn’t like we didn’t know it was coming.

When Supreme Court Justice Samuel Alito’s opinion invalidating Roe v. Wade —- the landmark decision that gave women the right to a safe and legal abortion — was leaked to the media back in May, everyone knew what time it was.

We knew that it equated abortion to Plessy v. Ferguson, the ruling that sanctioned “separate, but equal.” We knew that it used 17th and 18th Century Common Law to create a basis for making women criminally liable for terminating a pregnancy. We knew that it felt the 14th Amendment guarantee of due process under law was misapplied.

We knew that Alito doesn’t believe that any right not rooted in — and I’m quoting the decision itself here — the ‘nation’s history and tradition” is legitimate, which kind of explains the Court’s new attitude toward Miranda v. Arizona, the ruling that gives you the right to remain silent when arrested.

But what we didn’t know is the 50 years that the right wing and think tanks like the Heritage Foundation spent putting together a plan that set women’s rights back to the 1950s in 16 states when Dobbs was announced was just the tip of the iceberg.

And were it not for Justice Clarence Thomas, the jurist — and I use that term loosely —- who has spent almost all his time on the bench tearing apart everything his predecessor, the late Chief Justice Thurgood Marshall, did during his historic time on the court, we still wouldn’t know.

Because he probably couldn’t help himself, however, this very small man with a very big job took the occasion of the Dobbs decision to throw the cat out of the bag from a moving car. While we’re reconsidering Roe, he said in his concurrence, let’s take another look at a few other decisions.

“In future cases, we should reconsider all of this Court’s substantive due process precedents, including Griswold, Lawrence, and Obergefell,” Thomas’s concurrence reads.

For those of you who don’t know what those decisions cover, here’s the scoop:

–Griswold v. Connecticut was a 7-2 1965 decision that overturned the convictions of C. Lee Buxton, a gynecologist at the Yale School of Medicine, and Estelle Griswold, the head of Planned Parenthood in Connecticut at the time, for violating a law passed in 1879 that banned any drug or instrument that could be used as a contraceptive. All of Connecticut’s courts affirmed the conviction, but based on the Court’s interpretation of the Constitution, it found the law unconstitutional based on the right to marital privacy, which was decided as a part of due process.

–Lawrence v. Texas was a 6-3 decision made in 2003 that invalidated the nation’s sodomy laws. While responding to a weapons disturbance in a private home, police in Houston came into John Lawrence’s apartment and saw him and Tyron Garner having consensual sex. The weapons disturbance took a backseat to arresting the two men under Texas’s sodomy laws and Lawrence and Garner were convicted of deviant sexual intercourse. Using the 1986 Bowers v. Hardwick decision, which validated a similar law in Georgia, Texas’s Court of Appeals affirmed the conviction, saying the law wasn’t unconstitutional under the Due Process clause. The Court disagreed and Thomas was one of the dissenting justices in that case.

–Obergefell v. Hodges was kind of the equivalent of a class action suit for same-sex couples. While the 5-4 2015 ruling is named for James Obergefell, who filed suit against Richard Hodges, the director of the Ohio Department of Health, for denying he and his partner a marriage license, the suit also involved groups of same-sex couples from Michigan, Tennessee, and Kentucky. While the trial courts sided with the plaintiffs, the Sixth Circuit Court of Appeals didn’t. So, when it came to the Court, the Due Process clause was again deployed to decide that same-sex couples should have the same right to marry as heterosexual couples do, although the Court didn’t require religious institutions to perform the ceremonies. Thomas was among the dissenters here as well, saying that the decision overstepped the bounds of the Constitution.

The Due Process-related decision that everyone noticed was left off this list of things we should revisit was Loving v. Virginia, the decision that legalized interracial marriage. When you’re married to a woman who has no problem fomenting a coup d’etat, I guess you should probably tread lightly on the Court decision that made it possible, right?

Now I could get into how men with a fondness for certain sexual activities that fall under the banner of sodomy would freak out if Thomas got his wish for Lawrence, but I’ll focus instead on the message that targeting these three decisions actually sends.

That message, to quote Gil-Scott Heron’s classic “B-Movie”, is:

Nostalgia…a longing for a world when businesses could get away with using the prospect of pregnancy as an excuse for denying a woman a job. A world when police could go to a nightclub and violate the bodily integrity of patrons in the name of “preserving decency.”

A world where parents in denial about their child’s sexual identity could keep the person that they love the most out of their hospital room if they were sick.

A world where decisions that are nobody’s business but yours are determined by people who neither know nor care about you.

Starting in 2000, those of us who observe this stuff for a living tried to warn the American public that it needed to vote like the Court depends on it. We saw that Roe, the Voting Rights Act, and other legislation that made America even a little more equitable were in trouble as the children of those horrified by the 60s took power themselves.

How many times do we have to tell you before you get it?

The midterm elections are happening in November. Traditionally, these are low-turnout elections in which the party in power loses seats in Congress.

Now, more than ever, using whatever excuse people usually use not to go to the polls and exercise their right to make their voices heard could lead to some serious repercussions. Especially in places like Pennsylvania, where the only thing standing between the Commonwealth’s women and a live action version of “The Handmaid’s Tale” is the governor’s office.

Justice Thomas has shown you what the endgame is. Griswold, Lawrence and Obergfell may be where it starts, but it sure won’t be where it ends.