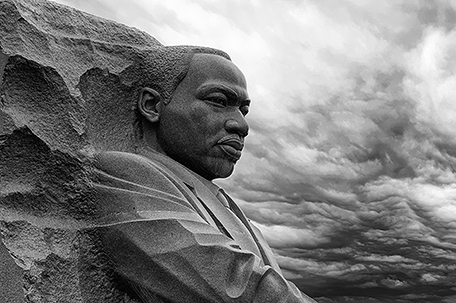 At the risk of being considered repetitious, I am once again asking–no begging–black folks to cease reducing the great historical legacy of Dr. Martin Luther King, Jr. to “I Have a Dream.” Anyone who is still doing so, which includes most Black folks in this country, should celebrate his birthday this year by reading his last book, “Where Do We Go From Here: Chaos or Community.” There is no way one can read that book and continue reducing Dr. King to being some kind of other-worldly dreamer. The seriousness and tone of the book is graphically revealed in the following no-nonsense statements by Dr. King.

“But the scope of the struggle is still too narrow and too restricted. We must turn more of our energies and focus on the useful things that translate into power… We in this generation must do the work and in doing it stimulate our children to learn and acquire higher levels of skill and technique.”

“It must become a crusade so vital that civil rights organizations do not repeatedly have to make personal calls to summon support. There must be a climate of social pressure in the Negro community that scorns the Negro who will not pick up his citizenship rights and add his strength enthusiastically and voluntarily to the accumulation of power for his self and his people….”

“…Power is not the white man’s birthright; it will not be legislated for us and delivered in neat government packages. It is a social force any group can utilize by accumulating its elements in a planned, deliberate campaign to organize it under its own control.”

“Our meddlesome task is to discover how to organize our strength into compelling power.”

“A second important step that the Negro must take is to work passionately for group identity. This does not mean group isolation or group exclusivity. It means the kind of group consciousness that Negroes need in order to participate more meaningfully at all levels in the life of our nation.”

As a Malcomite, I agree with 90% of what Dr. King is advocating in the above quotes. I never thought I would be able to say that.

Finally, it must be noted that J. Edgar Hoover knew that Dr. King was more than a dreamer. In an August 28, 2013 article on the 50th anniversary of the March on Washington, the Washington Post noted that following Dr. King’s speech that day, the FBI launched one of the biggest operations in its history. Hoover paid attention the rest of that speech, which included the statement “Our forefathers were given a promissory note. We have come here today to cash that check.”

‘Selma’ got it right about Johnson, the FBI and King

Day of the Dreamer