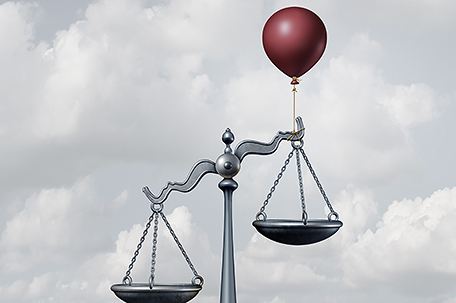 In a better world than this, we wouldn’t have to speak of Bill Cosby until he was dead. Only then could there be a serious discussion on what his true legacy was, as well as how badly he poisoned it because of his depravity where he drugged women and took them against their will. This debate likely would have taken place if he had died behind bars while serving the 10-year prison sentence handed down in 2018.

Cosby won’t die behind bars due to a prior deal he had cut with a former prosecutor which led to the Pennsylvania Supreme Court voiding his sentence and setting him free. What happened here was not the vindication of an innocent man. Cosby’s guilt or innocence of the crimes he was convicted of wasn’t the issue for the Court. The issue was should he have been prosecuted for the crimes he admitted to committing?

The justices said “no” and let him go. They probably figured Cosby, 83 years old and claiming to be blind, was unjustly prosecuted and any further threat he might pose was negligible. Cool for Cos, but cold comfort to the women he violated.

This decision was a victory for the legal system, but a hard slap in the face for the concept of justice. Andrea Constand and all the other women who came forward were denied justice by allowing Cosby to walk free. Now he arrogantly claims to have been a political prisoner sacrificed on the altar of #MeToo and was unjustly imprisoned like so many other Black men are in America.

It’s a terrible message, but one that sells in this sick and superficial culture we live in. A culture of celebrity and the worship of the rich and powerful. A rape culture, where while women aren’t being mauled and attacked by gangs of men on buses as they are in foreign climes, are attacked as groupies and whores by slick attorneys in courtrooms and punished across social media.

There’s nothing to celebrate about setting an unrepentant rapist free. In bowing to the fine print of the law, Bill Cosby breathing air again as a free man is more than a mockery of justice. It is an abuse of justice and victimizing the women Cosby preyed on all over again.

To cheer for Cosby now means to ignore the women he sexually assaulted. At no point has he apologized or expressed the slightest bit of regret or remorse for his actions. To be for Cosby now is to be against any woman who is sexually assaulted. Setting a serial sexual predator free only increases the likelihood more women will refuse to come forward about the men who have preyed upon them.

With freedom comes no vindication for the octogenarian comedian. Though he and his supporters will falsely claim it, there was no exoneration for Cosby for his multiple crimes against an untold number of women. Though there is little question there’s no future for Cosby in Hollywood, he may try to return to live stand-up, and what a sick prospect that would be! The court voided the sentence, but it did not weigh in on his guilt or innocence, nor was any new exculpatory evidence offered by the defense team.

“No one is going to work with him,” a talent agent told Variety. “No studio. No A-list actor or filmmaker. It would kill your reputation. Not to mention that you’d have to justify it to your friends and family. … He is toxic.”

Toxic or not, there is zero doubt that if Cosby shows up at a comedy club in your town, there will be fans willing and eager to snatch up a ticket.

I’m sickened and repulsed by this bizarre turn of events. The Cosby Cultists from Phylicia Rashad to Geraldo Rivera are shaking their pom-poms and setting off fireworks. The Cos is free at last! Yeah, free to go back out there and do “comedy” shows for the saps and suckers willing to shell out for a ticket and dodge the protesters outside the venues.

Maybe Cosby should go out on the road with someone equally notorious as an opening act.  What’s O.J. Simpson up to these days?  Is he still looking for the real killers of his wife between rounds of golf?

It’ll be great.  Bread and circuses for the slack-jawed masses and profits for ratings-starved networks. Meanwhile, over 60 women are thrown aside like yesterday’s trash. Unknown and their need for justice betrayed and unfulfilled.  Business goes on as usual and women are shoved back in the shadows for more men like Bill Cosby to treat them like “things.”

Today, the networks are wrestling with whether they want to face the backlash of giving a convicted rapist a forum. By tomorrow they will have assessed how much of a bounce to their post-Trump ratings they would get by sitting down with the Cos to tell his story. You really think Gayle King or Oprah Winfrey would pass up a shot at grilling this old man if there weren’t dollars and lots of them in the balance? Please — there is no shame left in what laughingly passes for “journalism” in these days and times.

Being handed a “Get Out of Jail Free” card by the Pennsylvania Supreme Court does not mean “America’s Dad” is free and clear. There were only 60 women who came forth with claims they were sexually assaulted by Cosby and we live in a very litigious society. New civil suits will be forthcoming against the aging funnyman and every dollar he makes to refresh his depleted bank account will be contested and fought over.

Cosby still owes his previous lawyers, never mind his current ones. They’re likely to be very busy working on fighting all of the forthcoming lawsuits coming from Gloria Allred and others representing his many victims.

Two things I know for sure is that in America, women are not valued, and we should be more discriminating in who we choose to hold up as heroes, because Bill Cosby is no hero.