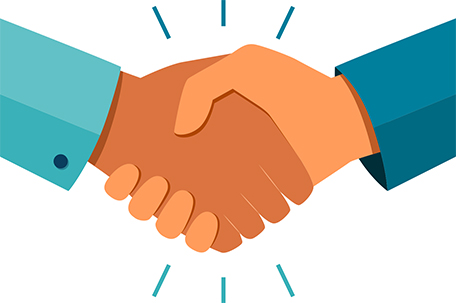 At this inflection point, governments, corporations and institutions have acknowledged systemic and institutional racism and white privilege. White American leaders are projecting greater diversity in workplaces and investing billions in spending with Black and Brown owned businesses.

The intent is to diversify blue collar to c-suite workforces and improve the quality of life for Blacks across the economic spectrum, including poverty, education and healthcare disparities.

However, to deliver transformative change and not just incremental progress, systemic racism must be addressed with sustained intentionality and wealth must be redistributed.

Without intervention by Black leaders, incremental progress will remain the norm and shotgun spending in protected class procurement programs will be exhausted in three to five years. At that time, a new normal will be proclaimed, symbolized by Black TV commercials, business success stories and major contributions to national Black leadership organizations. Philadelphia, however, will remain the poorest big city in America because rising tides do not lift all boats.

With no disrespect to White women, the resources necessary to transform the Black experience in Philadelphia are controlled by white men. White CEOs, including women, must become leadership voices for transformative change and wealth redistribution and must build trust based professional and personal relationships with Black leaders.

CEOs must do five things: (1) reimagine goals to address systemic racism and the organizational structure necessary to produce outcomes; (2) fund a study to quantify the economic impact of reducing poverty; (3) expand the quality and dollar value of work awarded to Black businesses; (4) view Black equity in the context of shareholder value, not philanthropy; and (5) restate mission, vision and core values.

A Black/white partnership, which is essential to transformative change, can bring powerful political and advocacy resources to reducing poverty, minimum wage increases, a fair education funding formula; and other transformative changes, not “best we can get” compromises.

The minority majority on Philadelphia’s City Council and Black legislators in Harrisburg are essential partners who can recruit white elected officials to the partnership. Black partners must advocate visions, like former Mayor Street’s Neighborhood Transformation Initiative. Families in unsafe neighborhoods with failing public schools deserve leaders who are resolving generational dilemmas, not asking for patience.

Black business procurement programs, behavioral health and social service programs need to establish transformational goals and with greater transparency report performance data. For example, procurement programs measure performance, based on annual percentage increases in spending. No data is reported on how spending impacts Black businesses, who are negatively impacted by the quality and dollar value of work prime contractors award.

Service delivery programs report outcomes, based on clients served, with no indication of their impact on poverty, healthcare disparities, etc. Service programs must challenge themselves to be more productive change agents and public advocates. Similarly, Black and white leaders must stop running in place and calling it progress.

President-elect Joe Biden will lead a country where Americans — who were self-sufficient last year — have learned what it means to live with uncertainty. Recovery will put the experience behind many, but with or without empathy for failed Black businesses and Black families, left behind the eight ball? Recovery will not address systemic racism or their circumstances.

The President-elect was believable in the campaign, but the Black community cannot rely on “got your back” and diversity. Outcomes, focused on Blacks across the economic spectrum, not just the middle class, are what measures transformative change.

As transition unfolds, Blacks are concerned with (1) no public Zoom call with Black leaders and undefined references to Black equity; (2) the evolving composition of the White House staff; (3) a talented cabinet, but our folks headed to the traditional posts and number two seats; and (4) publicly concluding that half the Trump voters were “good people.”  So what?

Unifying America is a challenge, but George Floyd, Breonna Taylor and police misconduct also were on the ballot.

Systemic racism should be addressed in the inaugural and Congressional addresses. A systemic racism task force, chaired by the vice president, should be appointed to draft a plan that addresses unconscious bias, wealth redistribution and a partnership with state and local governments to address education, poverty and criminal justice reform. Systemic racism must be pursued as a mission impossible in a country where nothing is impossible.

The President-elect campaigned on experience and bipartisan compromises, but Senator Mitch McConnell leads a team focused on Republican power, offended by Black Lives Matter and manipulated by Trump. Where is there turf for unity without compromising Black Americans and Biden voters?

Joe Biden will have to make greater good decisions, which reduce themselves to courage and risk vs reward. Some will present unconscious bias intersections. In that context, Blacks expect the administration and Democrats to begin seriously leveling the playing field, so to paraphrase James Brown, “if you open the door, I can get it for myself.”

Black Lives Matter and progressives bring energy and vision to Democrats. They will not be sick and tired of being sick and tired, nor silent on core issues. Conversations can be held about where issues fit under a big tent, but mandated silence in the pursuit of power is a non-starter. Black Lives Matter and progressives should be welcomed and empowered by Democrats.